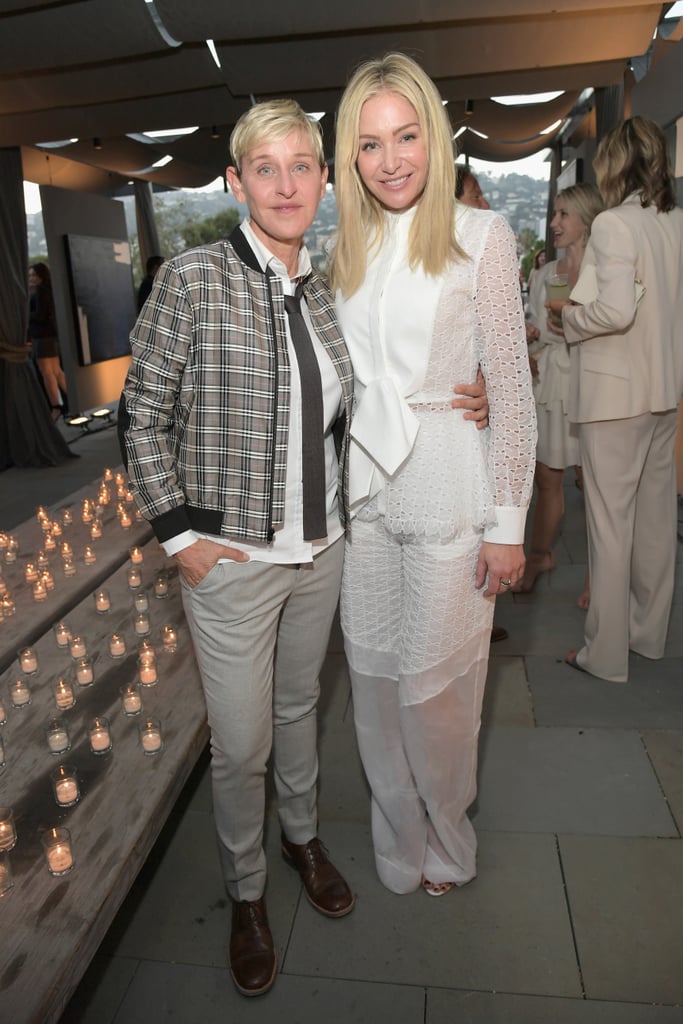 Portia de Rossi had the support of her wife, Ellen DeGeneres, at her star-studded General Public x Restoration Hardware launch party in LA on Wednesday night. Portia is the cofounder and CEO of the art company, and the affair brought out the couple's pals Kris Jenner, Corey Gamble, Chrissy Teigen, John Legend, Ellen Pompeo, January Jones, and Nate Berkus. The event also doubled as Ellen and Portia's first official appearance in almost a year (they attended the People's Choice Awards back in August 2017), and Portia made sure to address those pesky divorce rumors while there.

"The divorce rumors came and then we really knew the perceptions had changed," Portia told Us Weekly. "I'm not kidding. I know it sounds ridiculous, but when that started happening, I thought, 'Oh, now we're finally accepted.' We get the same sh*t as every celebrity couple. I thought, 'Wow, this is great that I'm pregnant, not pregnant, divorced, not divorced, whatever. That means there is an acceptance for this."

Portia and Ellen first got together in 2004 and tied the knot in 2008. Aug. 16 will mark their 10th wedding anniversary — wow, a whole decade! Congrats, Portia and Ellen!