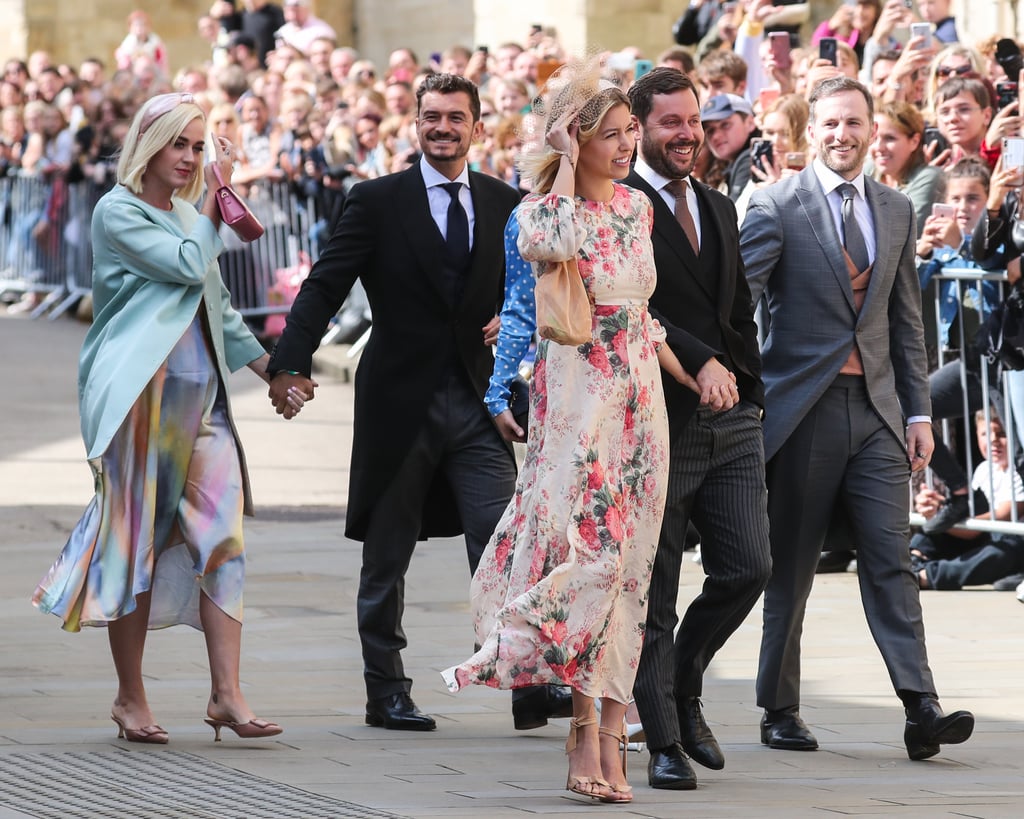 Ellie Goulding married her partner of almost three years, Caspar Jopling, at York Minister in York, England on Saturday — and the list of attendees reads like a who's who of British royalty and celebrities. It's not surprising there was a strong royal contingent at the wedding, given her long-time friendship with Princess Eugenie and the fact she performed at Prince William and Kate Middleton's own wedding reception back in 2011.

Prior to the wedding, it was rumored that Eugenie and Princess Beatrice would be in attendance, but they weren't the only celebrities who supported the nuptials on Saturday. A-listers like Sienna Miller and boyfriend Lucas Zwirner as well as Orlando Bloom and his fiancée Katy Perry — also made the guest list. Read on to see who attended Goulding and Jopling's star-studded nuptials.