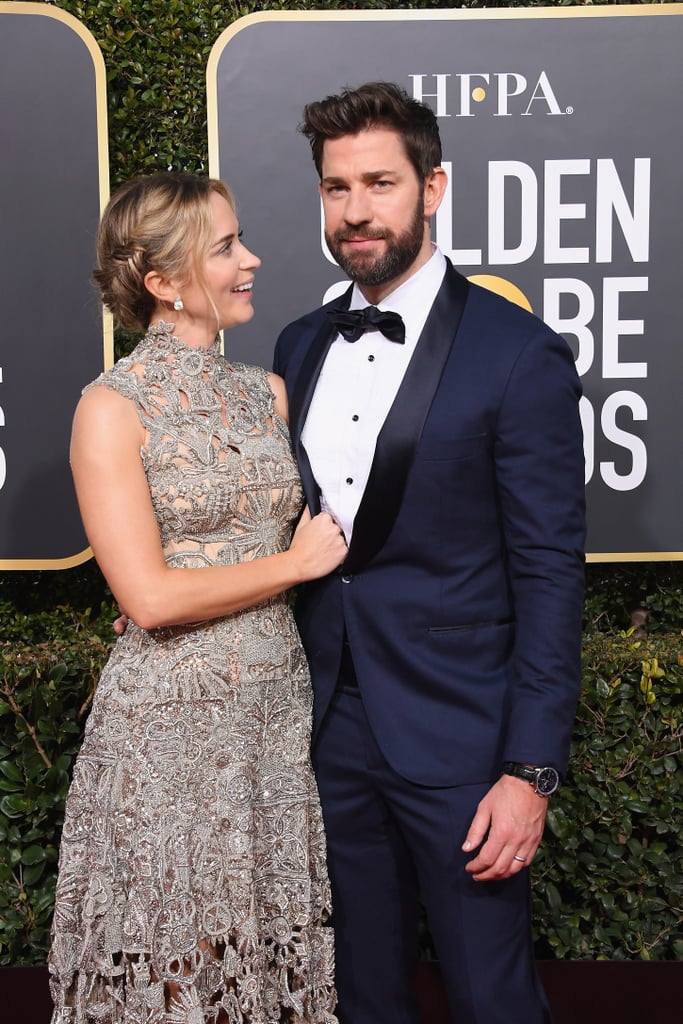 Does It Get Cuter Than Emily Blunt and John Krasinski at the Golden Globes? Uh, No

Any time Emily Blunt and John Krasinski hit the red carpet together, the actors prove why they're one of Hollywood's hottest power couples. Just two days following their appearance at the AACTA International Awards in Los Angeles on Friday, the couple dazzled on the Golden Globes red carpet on Sunday evening, and I just can't get over how amazing they look. Emily, who's nominated for best actress in a musical or comedy for her role in Disney's Mary Poppins Returns, stunned in a head-to-toe lace Alexander McQueen dress, while John kept things simple in a navy tuxedo. In addition to playing the title character in the Disney remake, Emily also starred alongside her husband in the film he directed, A Quiet Place, which is nominated for an award tonight for best original score for a motion picture. Scroll ahead to see more red carpet photos of the couple from all angles.