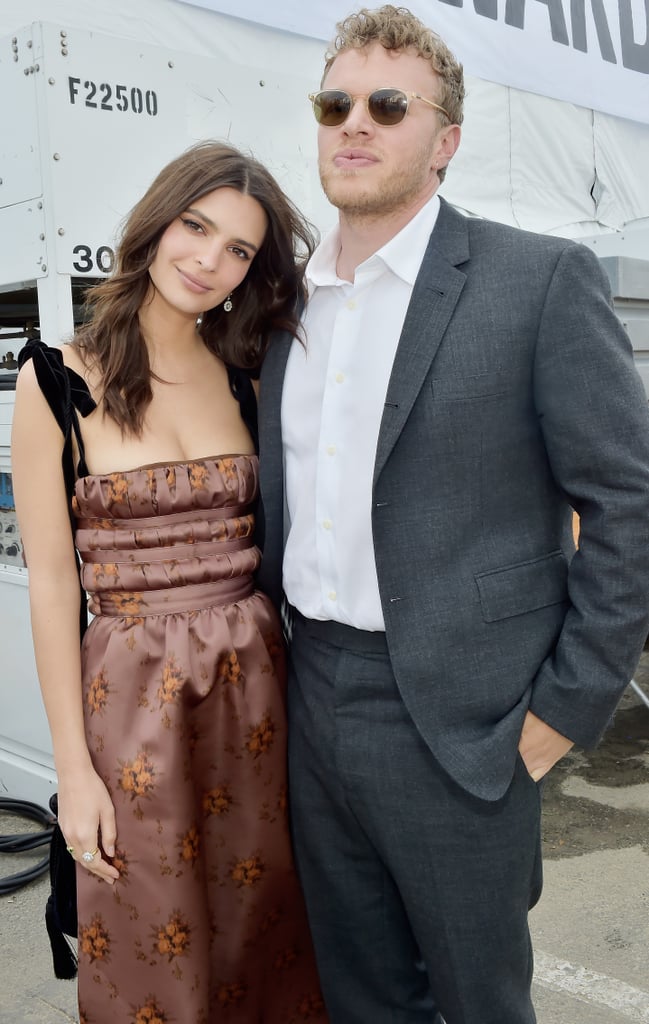 Saturday night's Spirit Awards doubled as a date night for several celebrity couples, but the ceremony also marked Emily Ratajkowski and Sebastian Bear-McClard's first public appearance together since tying the knot. After surprising everyone with their courthouse wedding in February, the couple appeared to still be on cloud nine as they cozied up to each other and shared a few laughs. "Emily looked so in love with her husband," a source told E! News. "She kept staring at him smiling and was touching his face a lot. They were by each other's side the entire time before the show started. Emily rested her head on his shoulder and really looked truly happy."

Emily revealed that she wed the producer after only a few weeks of dating on Instagram on Feb. 23. The pair exchanged "I dos" at City Hall in NYC in front of a few close friends, including social media star The Fat Jewish.