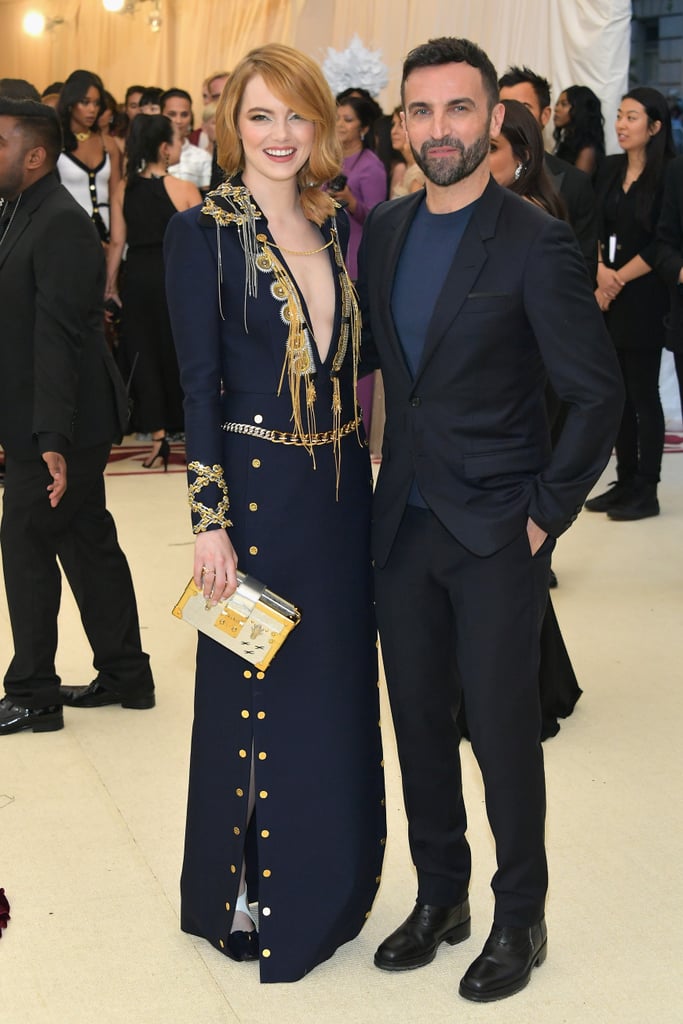 Emma Stone and Andrew Garfield reunited at the 2018 Met Gala, but it's not what you think. The former couple both attended fashion's biggest night out but narrowly avoided any awkward run-ins with each other by walking the red carpet at separate times during the evening.

First up was Andrew, who graced the red carpet in a snazzy red blazer and black bow tie. Emma followed up later in the evening, walking the carpet with designer Nicolas Ghesquiere in a black dress adorned with gold details and a plunging neckline.

The exes famously began dating in 2011 after meeting on the set of The Amazing Spider-Man and broke up for good in October 2015. Emma has since reportedly entered a new relationship with Saturday Night Live writer Dave McCary. Keep reading to see more photos of Emma and Andrew at the Met, then relive their most adorable moments for old time's sake.