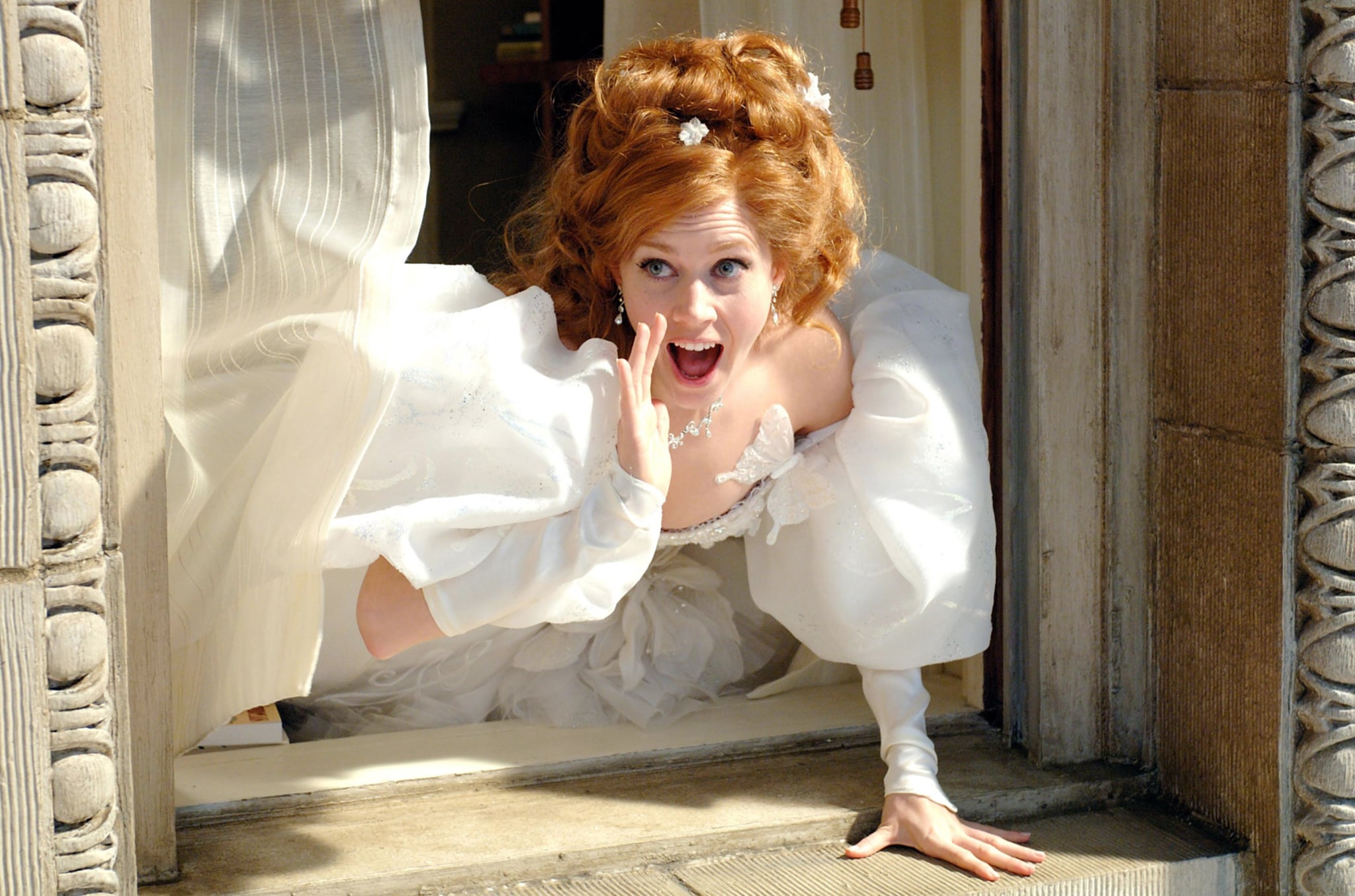 Shout it from the rooftops: the Enchanted sequel is coming together in a major way! The 2007 original introduced Giselle, a textbook princess who find herself thrust into the real world, away from the singing birds of her home, the cartoon kingdom of Andalasia. The second film, titled Disenchanted, has been in the works since 2010, but now there's a script (written by David Stem and David Weiss), a director, and a tentative date to being shooting. Here's everything we know so far; check back for more later!

According to The Hollywood Reporter, star Amy Adams is "expected" to return. No word yet on James Marsden, Patrick Dempsey, or Susan Sarandon.

The new film will be set a decade after the events of the original. Giselle, now questioning her "happily ever after," accidentally triggers a series of events that affect both the real world and the animated residents of Adalasia.

Adam Shankman, known for Hairspray (awesome) and Rock of Ages (not as awesome), is in negotiations to direct the sequel.

The movie will (hopefully) begin shooting in Summer 2017, and Disney is aiming for a 2018 release. Stay tuned for an exact date!