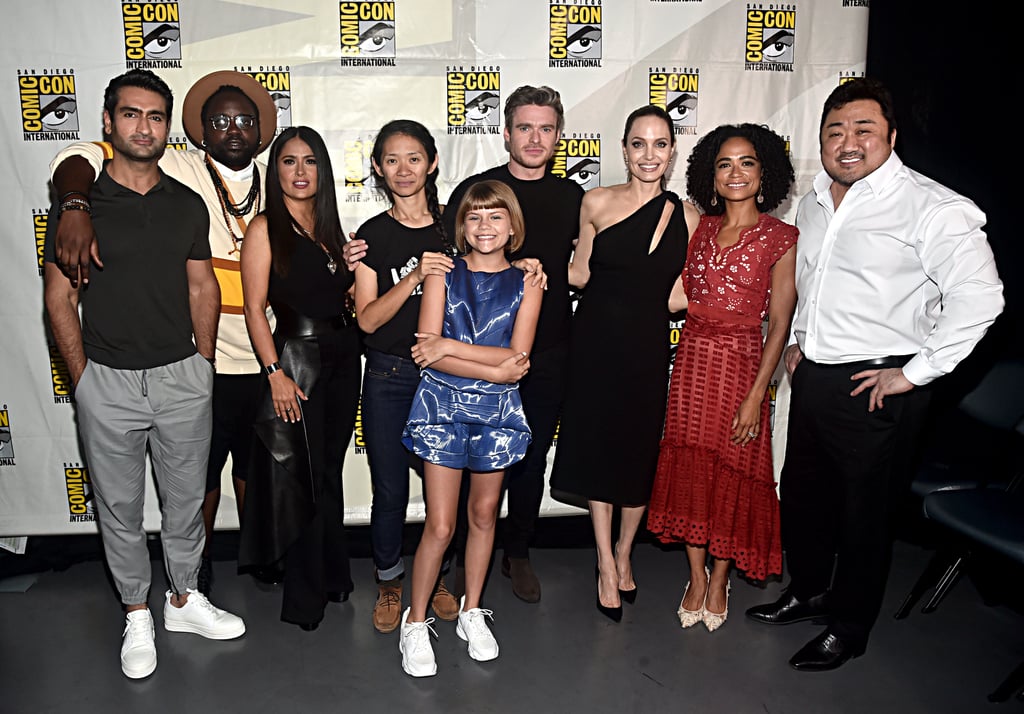 So, Who Are Marvel's Eternals and Who's Playing Them? Let's Break Down Each Character

During Marvel's star-studded panel at San Diego Comic-Con over the weekend, the studio revealed a ton of juicy information about its upcoming Phase Four slate. Not only are we getting a Blade reboot, but the Eternals adaptation is finally on the way. Not only that, but the film includes one stellar cast: Angelina Jolie, Richard Madden, Brian Tyree Henry, Salma Hayek, and more.

As far as the movie's plot is concerned, the Chloé Zhao-directed film will explore the saga of the Eternals, a race of superpowered immortal beings who have clandestinely lived on Earth and helped shape landmark events in history, as well as change the course of civilization as we know it. Ahead, we're breaking down all the characters who will appear in Eternals and who's playing them, so buckle up.