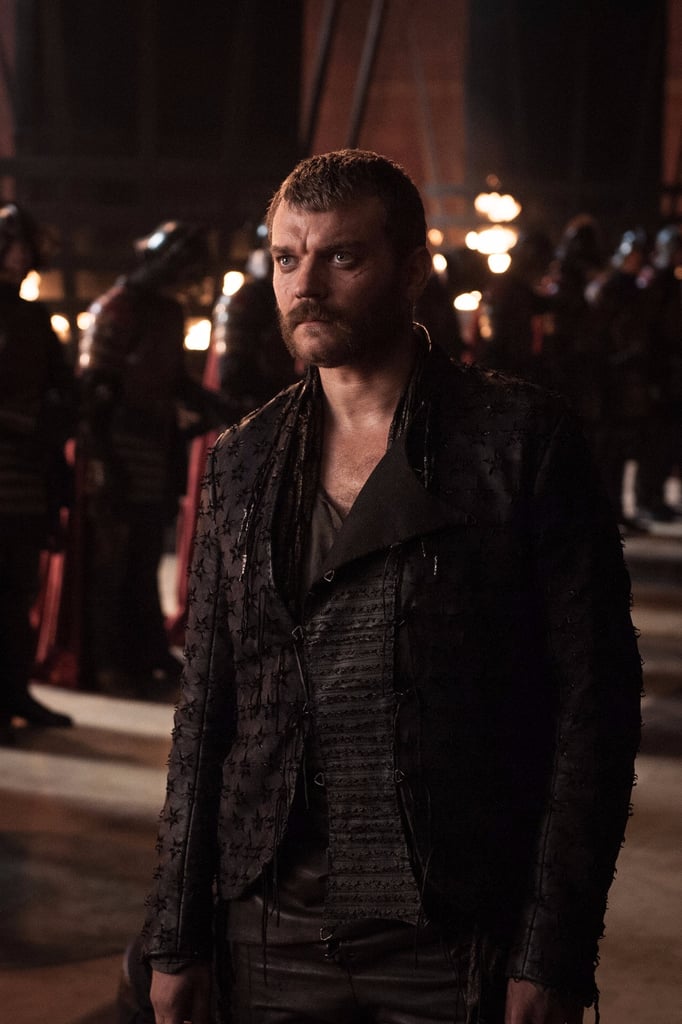 Euron Greyjoy may be a major threat to the good guys on Game of Thrones, but it's almost a little hard to take him seriously in the season seven premiere when he shows up wearing a very slick, almost-all-leather outfit and a little mustache. Did he start an early 2000s rock band between seasons? Did he raid Christian Grey's weekend wardrobe? The costume change was so jarring, he reminded us of several other people rocking that look.