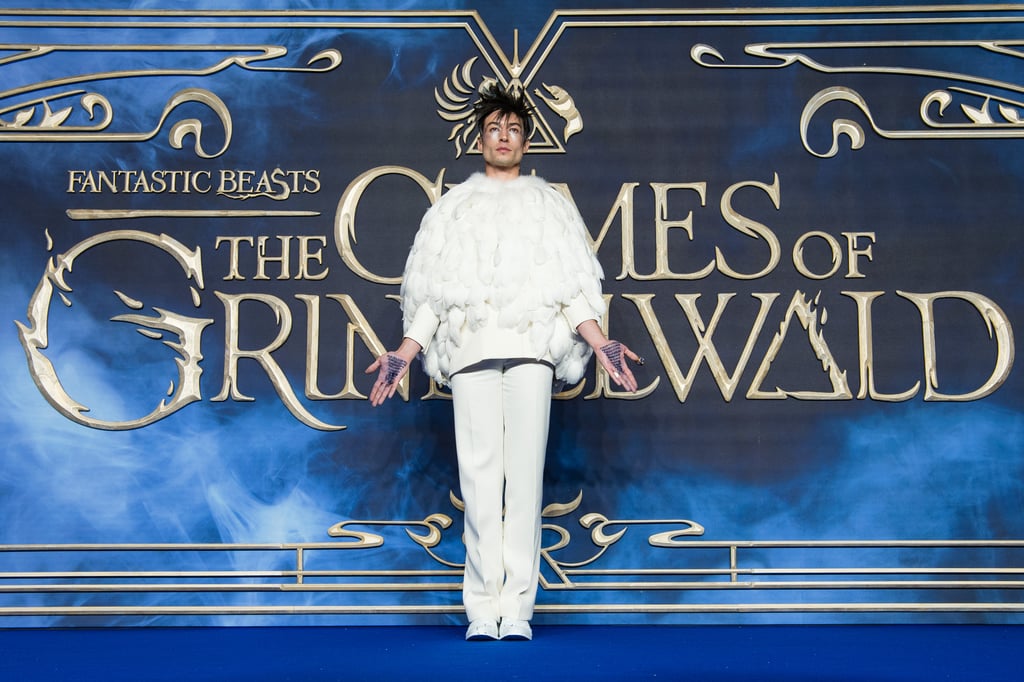 Dear J.K. Rowling, I have an idea for you. Now, I know you get requests like this every day, but hear me out: I think we're ready for a Harry Potter reboot, with Ezra Miller playing every character. My Exhibit A? His full-fledged Hedwig ensemble at the Fantastic Beasts: The Crimes of Grindelwald premiere in London.

The 26-year-old actor doesn't hold back when he steps onto the red carpet. Case in point: his full-body puffer jacket from the film's Paris premiere. Still, none of us could have expected the absolute magic of his Nov. 13 outfit. Sure, Ezra's snowy-owl-inspired ensemble would've been legendary on its own, but he took things a step further by writing the Killing Curse, "Avada Kedavra," over and over on the palms of his hands. And that's not all — a closer look shows a tiny owl atop Ezra's finger and the message "Dumbledore's Army, Still Recruiting" written on his shoes.

So you see, J.K. — may I call you J.K.? Sorry, erm, Ms. Rowling — Ezra's fit to play not only Credence or Hedwig, but also a member of the D.A., a Hogwarts student, a Dementor, a House Elf, Harry, Voldemort, or Peeves the Poltergeist. If you need further convincing, I invite you to check out the following premiere photos. No need to thank me.