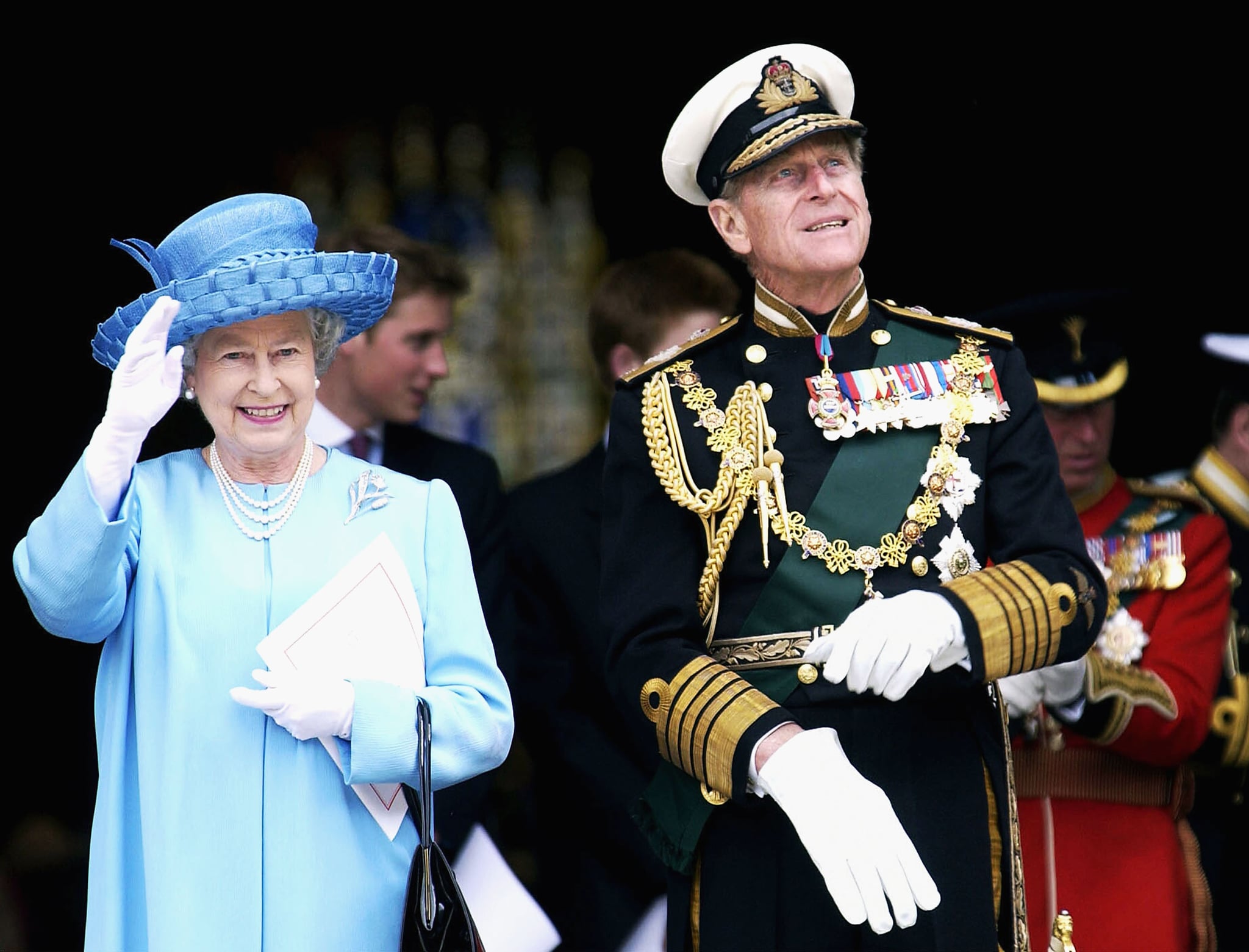 Or should we say infamous? All-consuming passion, illicit liaisons, bitter breakups, heartbreak and true love — over the centuries, royal history has had it all. And because of the nature of monarchy, everything has been acted out on a much larger scale. Love letters were burned or placed in a museum and jewels handed out like gas station flowers, while the people who were affected are countless. Whether they have gone down in history for the scale of their love or the size of their scandal, we take a look at the top ten royal couples who have captured our imaginations throughout the ages.

The relationship between Charles and Camilla got off to a flying start when the pair were both aged 23 and met at a polo match. They started a relationship but a year or so later when Charles went away to sea with the navy he felt he was too young to make any grand gestures about the future, and the pair went their separate ways. Camilla then got back together with her ex-boyfriend Andrew Parker-Bowles and they married. Charles wrote to his uncle Lord Mountbatten, "I suppose the feeling of emptiness will pass eventually." He married Lady Diana Spencer, but remained friends with Camilla, and so began a painful and destructive two decades that blended at different times friendship, romantic love and a passionate relationship. The pair finally married in 2005, and Prince Harry has since said of his step-mother, "We are very grateful for her. She's made our father very happy . . . She's a wonderful woman. William and I love her to bits." 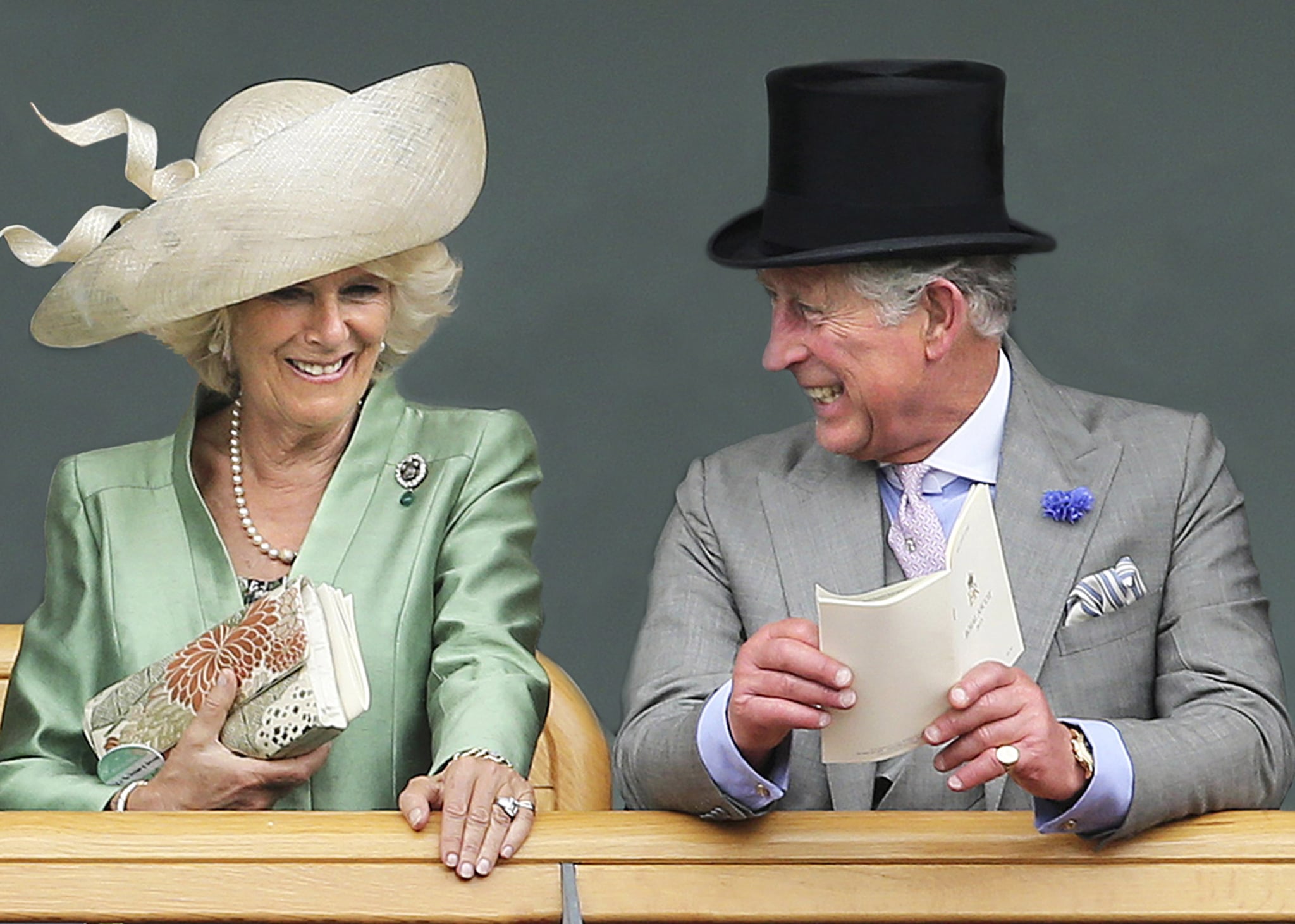 Nothing says, "I love you" more than creating an entirely new religion, purely so that the two of you can be married. However nothing says, "It's over" more than having you put to death. Henry VIII certainly wasn't one to do things by halves. Frustrated that he and his wife Catherine of Aragon had been unable to produce a male heir, Henry began an affair with her lady-in-waiting Anne Boleyn, and lust turned to love. He wrote to his mistress, "The beautiful words of your letter are so cordially phrased, that they really oblige me to honour, love and serve you forever . . . For my part, I will outdo you, if this be possible, rather than reciprocate, in loyalty of my heart and my desire to please you . . . henceforth my heart will be dedicated to you alone."

The pope refused to grant Henry and Catherine a divorce, so the king passed the Act of Supremacy, stating that he was now the head of the English church. His marriage to Catherine was annulled and he married Anne a week later, lavishing his second wife with jewel-encrusted necklaces and brooches featuring their intertwined initials. However after three years of marriage and still no male heir, Henry ordered Anne's execution, and married her lady-in-waiting Jane Seymour.

Vivacious, attractive and quick-witted, Nell Gwynne has become known as one of the most famous royal mistresses of all time. Diarist Samuel Pepys referred to her as "pretty, witty Nell." Raised in a brothel before becoming an orange-seller and actress, Nell's life couldn't have been further from royalty, and it's thought this was why her relationship with the king worked so well. Though he had many mistresses, Nell had a special place in his heart, and they were in a relationship for 17 years, having two sons together. During that time Charles gave Nell a diamond ring and a watch hung with a jewelled heart, bought her a house, covered all her living expenses, and gave her one surviving son the title Duke of St Albans. On his deathbed Charles asked his brother James 'not to let poor Nelly starve.'

This notorious couple are one of the most scandalous in royal history. Edward fell in love with the twice divorced socialite Wallis, knowing that she could never be his wife because English law forbade marriage between a monarch and a divorcee whose partner was still living. When his father George V passed away and Edward acceded to the throne, he searched in vain for ways in which he could become king, but also marry Wallis. Eventually rather than give up the woman he loved, he abdicated, married Wallis and they set up home in Paris. The relationship of the lavish couple can fittingly be charted in jewels — most famously with a bracelet to which Edward added a new jewelled cross every time something significant happened in their lives, and a gold cigarette case which Wallis gave to Edward, that was engraved with a map and had all the countries they had visited picked out in jewels. 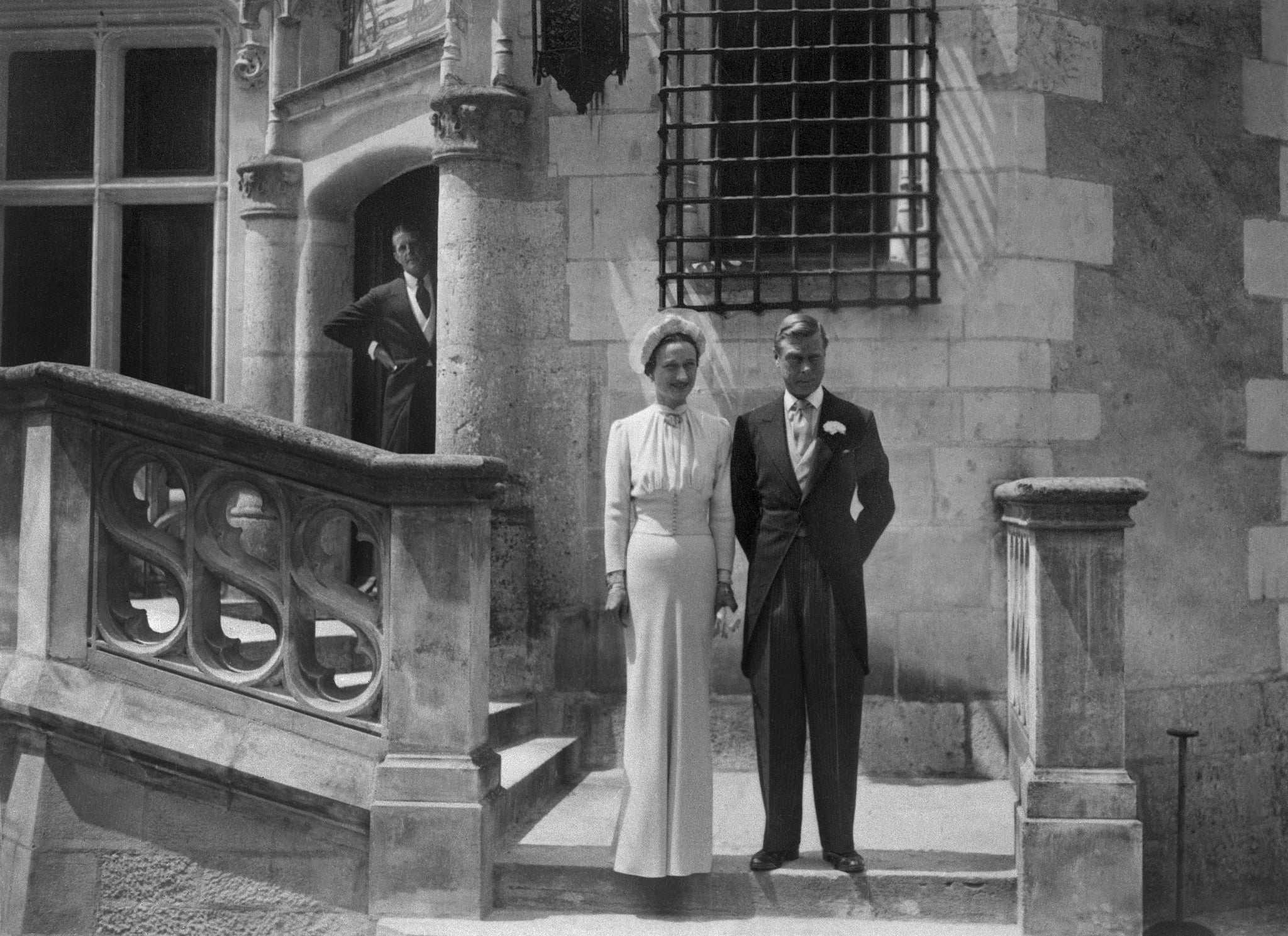 Maria Fitzherbert was a twice-widowed catholic when Prince George fell in love with her, and therefore their relationship could have no future, since catholics were forbidden from becoming British monarchs. Regardless, the pair were secretly married in 1785, although the marriage was illegal because it had recently become law that any descendant of George II needed permission from the monarch to marry. Nevertheless George and Maria lived in Brighton for nearly ten years, while George accumulated huge debts, eventually leaving Maria to marry for financial stability. However soon after his new marriage, he drew up a will bequeathing all his "worldly property . . . to my Maria Fitzherbert, my wife, the wife of my heart and soul . . . such she is in the eyes of Heaven, was, is, and ever will be such in mine."

Four years later George managed to win Maria back and they were together again for nearly a decade, before he left her once more. He asked to be buried with a miniature portrait of her around his neck, which was honoured. He had kept all of their love letters, which were found and burnt.

Their love was deep — a letter from Albert read, "Even in my dreams I never imagined that I should find so much love on earth . . ." — and notoriously passionate — when Victoria's doctor advised her not to have a tenth child at the age of 38, she protested, "Am I not to have any more fun in bed?" Albert also bought Balmoral Castle for his wife. When Albert died of typhoid aged 42 in 1861, Victoria wore black for the rest of her life — 40 years — and slept with a picture of him pinned above her bed. She named monuments after him — The Royal Albert Hall, the Albert Memorial in Kensington Gardens, and the Victoria and Albert Museum — although Victoria had wanted to call it simply The Albert Museum.

Although the dashing society couple didn't share the all-consuming love of other famous royal pairings, these two gained their notoriety by being one of the most celebrated, glamorous and illicit couples of their day. Edward was at the time married to Princess Alexandra and they had six children, but he took many mistresses, and in 1877 he became infatuated with the beautiful actress and Pre-Raphaelite model Lillie Langtry. The divorcee was famous for her intellect and wit — she was friends with Oscar Wilde and is said to have been the inspiration for Arthur Conan Doyle's Sherlock love-interest Irene Adler. During their three year relationship Edward let Lillie design a house in Dorset, where they conducted their relationship. She was introduced to his mother Queen Victoria, and had a civil relationship with Edward's wife.

After many royal monarchs married for financial, diplomatic or political reasons, and subsequently kept mistresses who they often felt more deeply for, George VI and Elizabeth Bowes Lyon were the real deal. They were head over heels in love. Letters between the two are romantic and deeply-felt. The queen signed one of hers, "I shall only look forward to seeing you again. I send you you all my love and hundreds of kisses." While the king replied, "My own little darling E, I have just received your darling letter . . . Millions and millions of thanks for it darling; it is just what I wanted and nothing could have given me greater help and encouragement." The pair were an important symbol to the British public during WWII, as during the bombing they stayed in London with their people, rather than being evacuated as their advisors suggested. 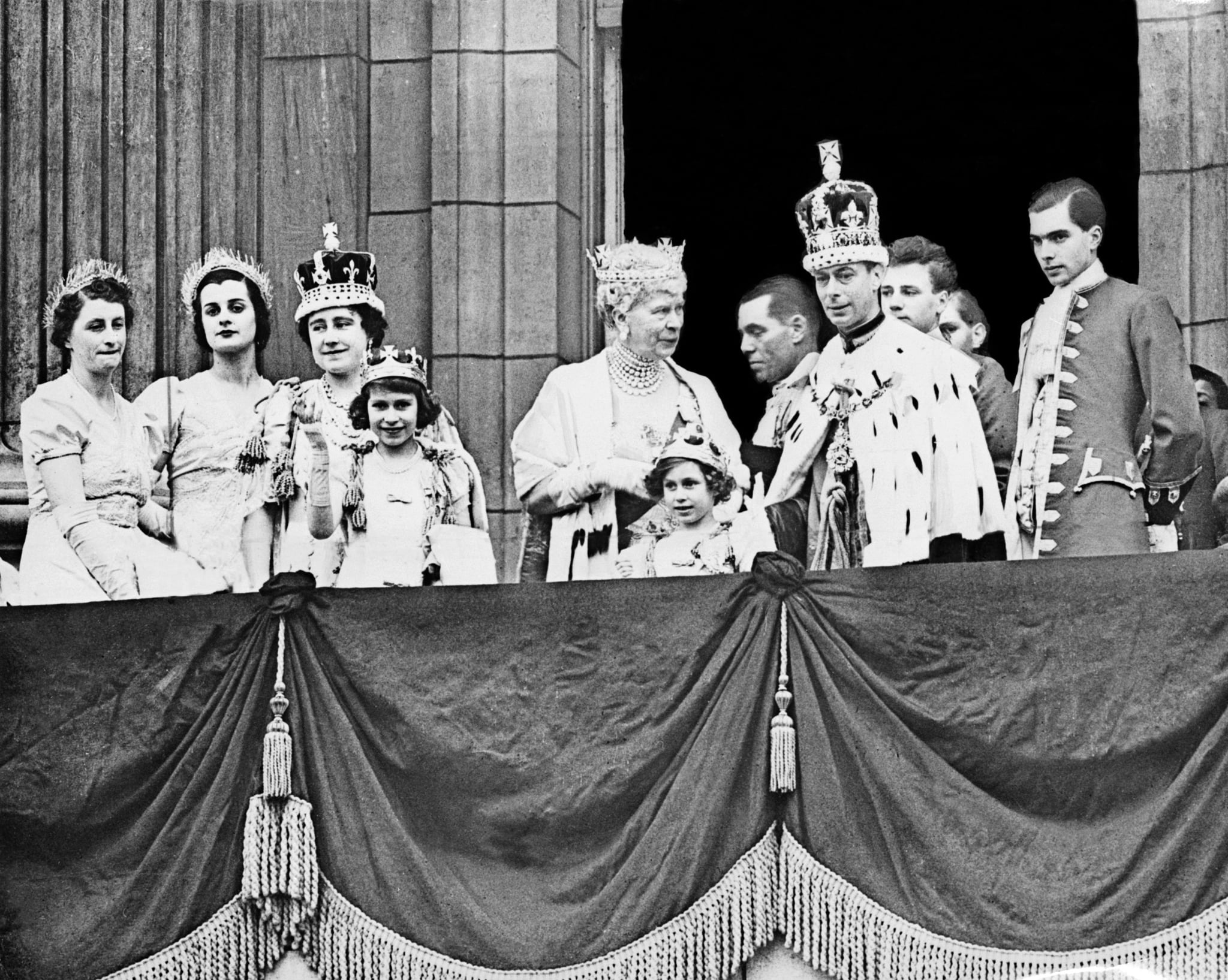 George V and Mary of Teck

This enduring royal love was unexpectedly born out of tragedy and shared grief. German-born and English-raised Princess Mary was engaged to Prince Albert, who at the time was second in line to the throne (his grandmother Victoria was still queen, and his father would later become Edward VII.) However six weeks after the engagement Albert died of pneumonia, leaving his fiancee, and his younger brother George (the new second in line to the throne) in mourning. However in a soap opera-worthy twist, George and Mary then fell in love, and were married. The pair were devoted to each other throughout their lives, and George allowed his wife access to his work, while she often helped him write speeches. The couple were strong figureheads for the British people throughout WWI, and their letters show that behind closed doors there was a deep love between them. On their seventeenth wedding anniversary the king wrote to his wife, "My love grows stronger for you every day mixed with admiration and I thank God every day that he has given me such a darling devoted wife as you are."

The Queen and Prince Philip

From when the 13 year old Princess Elizabeth first laid eyes on Prince Philip of Greece and Denmark, she was smitten. A few years later when they started corresponding by letter, she kept his photograph on her mantelpiece, and would play "People Will Say We're in Love" from the musical Oklahoma on her gramophone, after she and Philip went to see the musical together. When Philip proposed, the princess said yes without asking permission from her parents, who insisted on waiting till her 21st birthday before announcing the news. The princess wrote in a letter to her parents, "Philip is an angel, we behave as though we had belonged to each other for years." While Philip stated, "She is the only thing in the world which is absolutely real to me." The pair are set to celebrate their platinum wedding anniversary this year - marking an astounding 70 years of marriage. 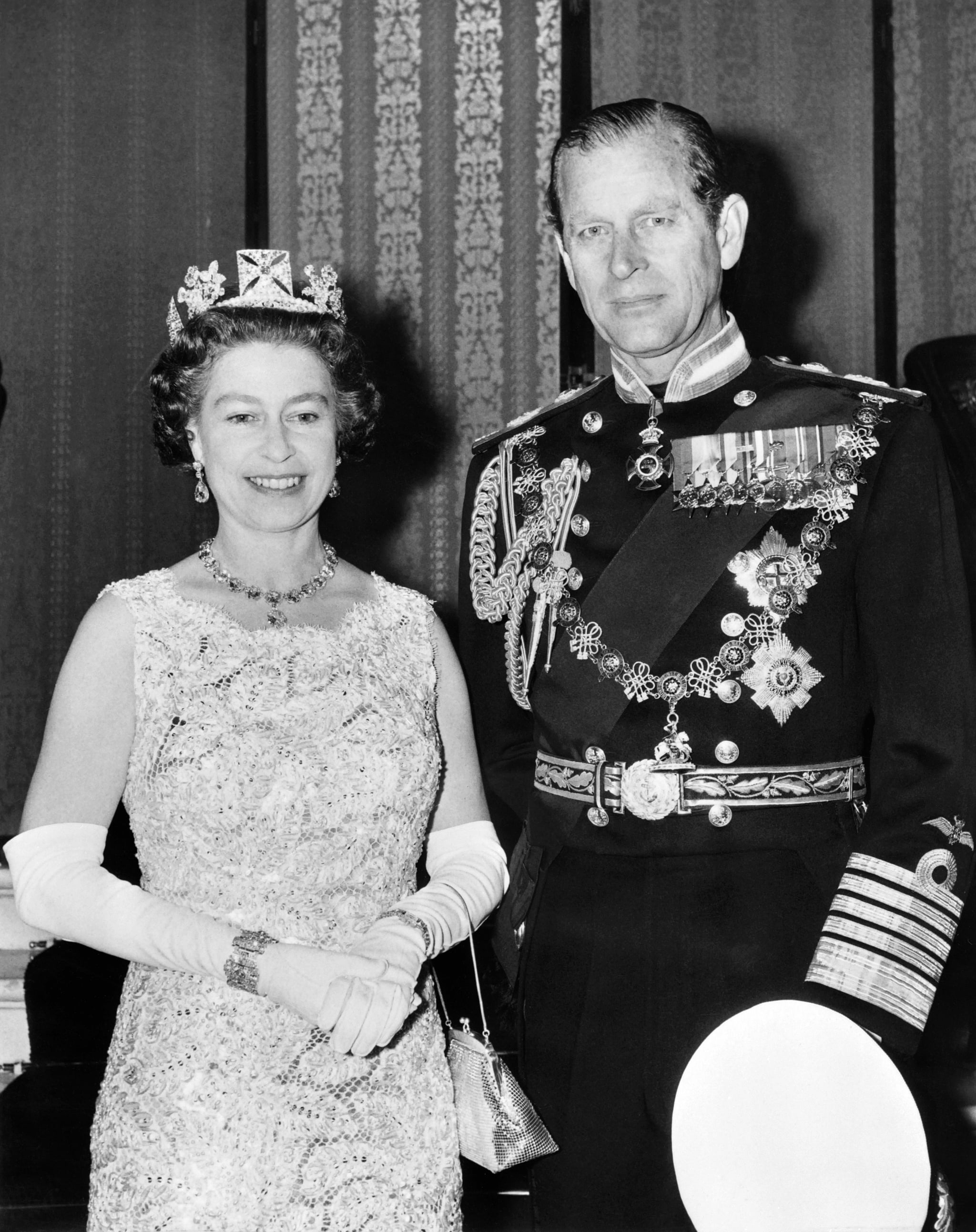