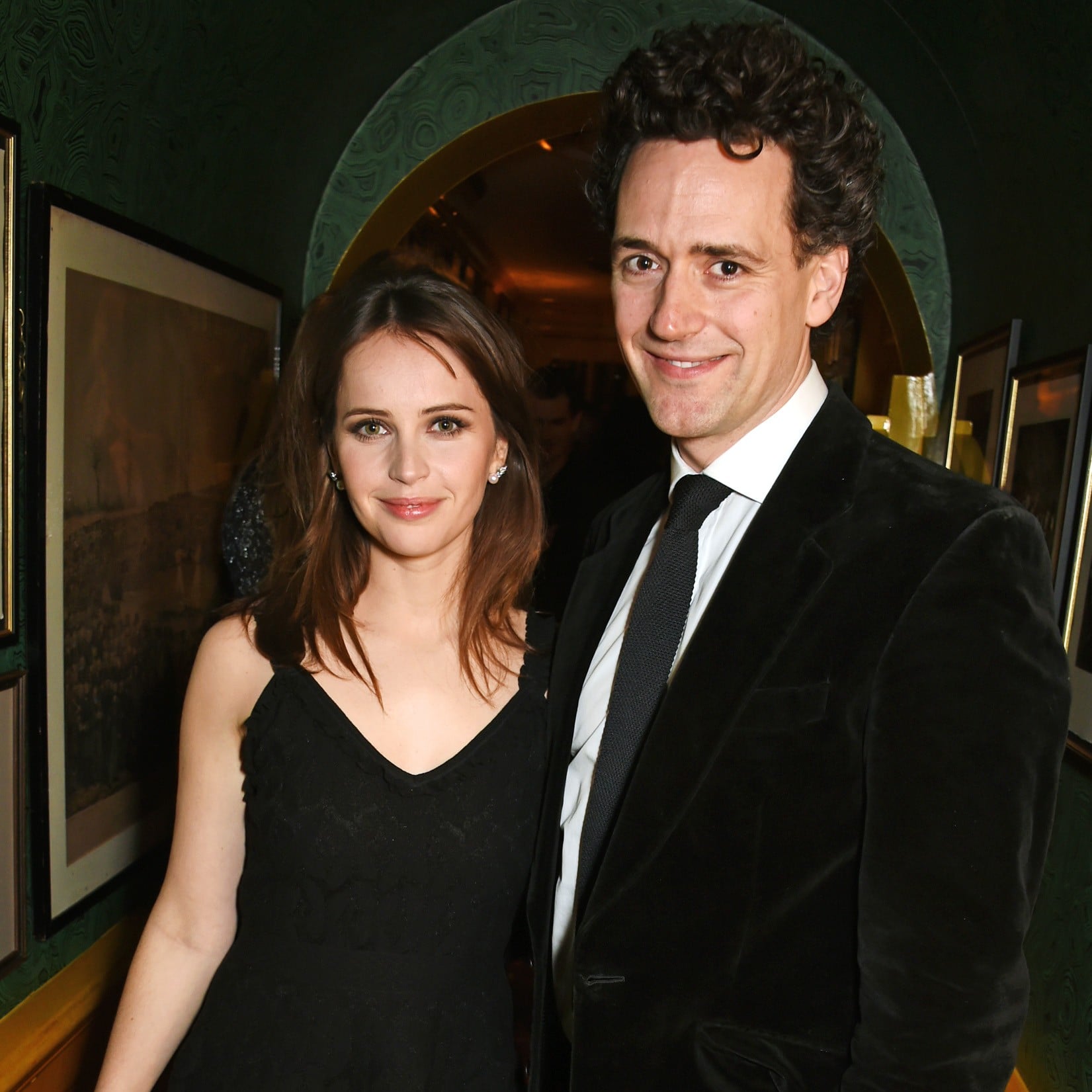 Oscar-nominated actress Felicity Jones tied the knot with movie director Charles Guard on Saturday in a romantic wedding in the English countryside. The couple have been quietly dating for the past three years, and Felicity first showed off her engagement ring a year ago, when she attended Glamour's Women of the Year Awards.

The wedding took place at Sudeley Castle in Gloucestershire, about an hour away from Felicity's childhood home of Bournville (the home of Cadbury's chocolate). Felicity wore a white dress with a high ruffled neckline and long sleeves in sheer fabric with a matching veil. Like many modern brides, she apparently broke tradition to make a speech at the reception. It's reported that guests on the big day included Felicity's The Theory of Everything costar Eddie Redmayne and his wife Hannah, as well as Tom Hanks, who she starred alongside in Inferno.