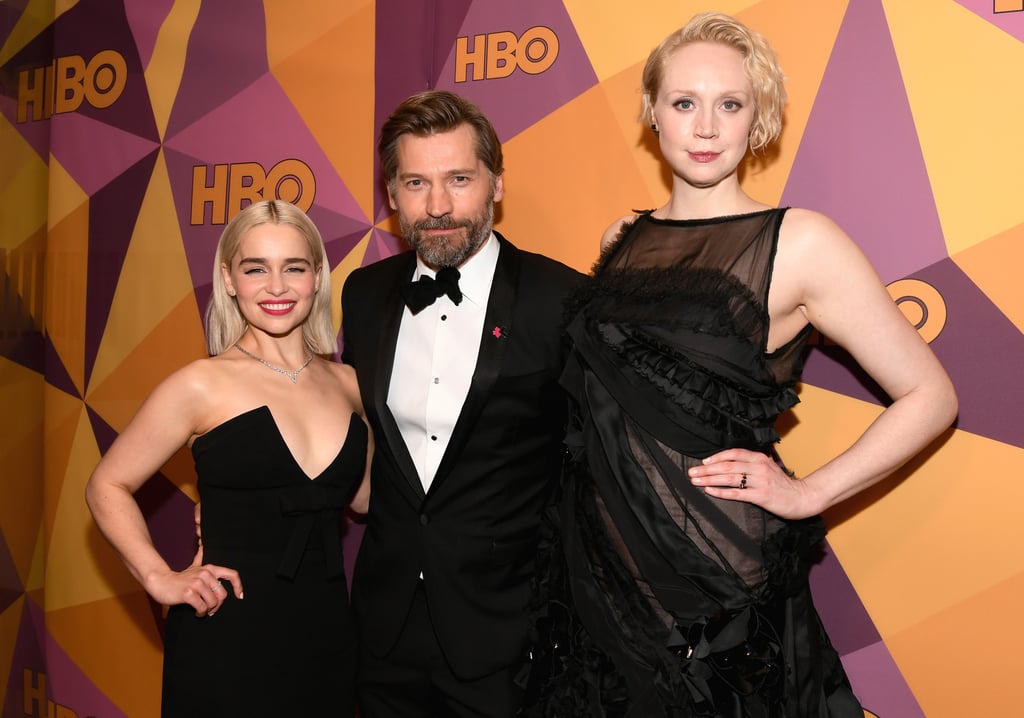 Game of Thrones season seven may have come to an end back in August 2017, but that doesn't mean the cast doesn't keep in touch. Just a day after Emilia Clarke reunited with Kit Harington at Sean Penn's annual Haiti Rising gala, the two popped up at HBO's Golden Globe Awards afterparty in LA. The bash also brought out Gwendoline Christie and Nikolaj Coster-Waldau and Emilia joined them for photos on the red carpet. Sadly, Kit's other half, Rose Leslie, didn't make an appearance — perhaps she's busy planning their upcoming wedding? Either way, we're so here for this reunion!