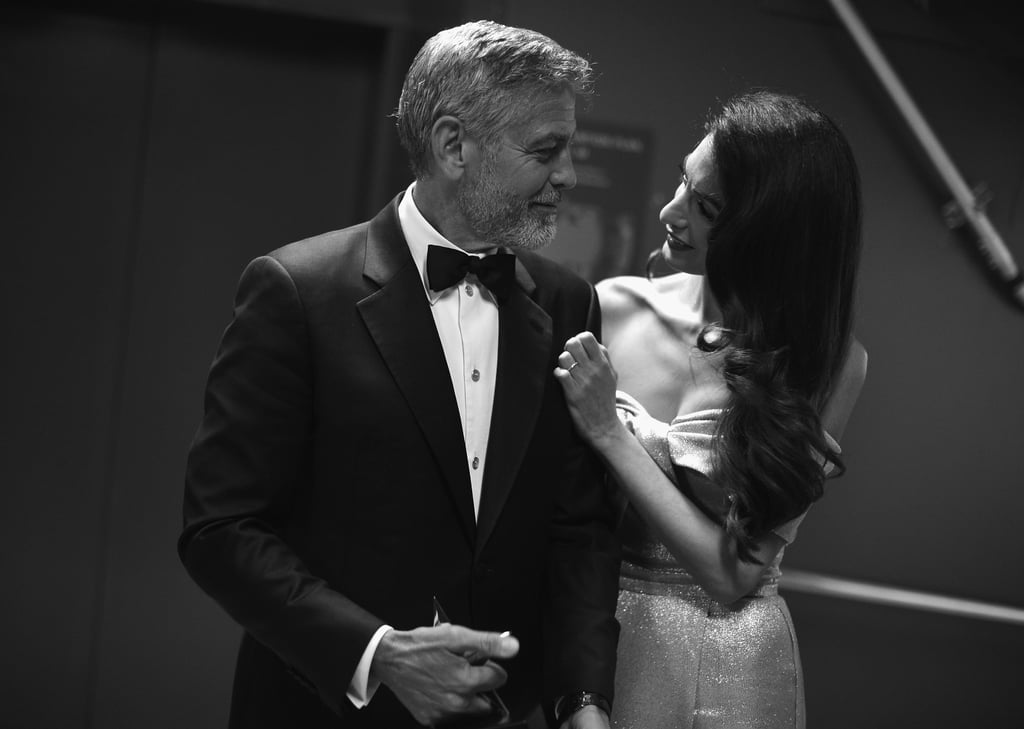 Following glamorous appearances at the Met Gala and then the royal wedding, we're starting to realize that George and Amal Clooney don't have regular date nights. In their latest outing, the couple appeared at the AFI Life Achievement Award Gala Tribute on Thursday in LA. In fact, the 57-year-old actor was the guest of honor as this year's recipient of the esteemed award.

Looking like they just stepped out of Old Hollywood, George wore a classic tuxedo, while Amal wore a dazzling pink — dare we say rose gold? — gown. The pair, parents to twins Alexander and Ella, looked like they had a great time, too, as they giggled all along the red carpet and lovingly looked at each other in that way they often do.

The star-studded affair also brought out George's nearest and dearest including his parents, Nick and Nina Clooney, as well as Cindy Crawford, Rande Gerber, Jennifer Aniston, and Courteney Cox. Unfortunately, George and Amal's twins, Alexander and Ella, didn't make an appearance, but George did gush to Us Weekly about how they celebrated their first birthday on Wednesday. "Well, the kids got drunk. I don't know what you guys were doing, but I came home, they had a bottle of booze," George joked. "It was really embarrassing, but they're feeling better today."

George also opened up about his new life as a dad, saying, "It's really fun. It's perfect." Aw! Ahead, enjoy pictures from their classy evening.