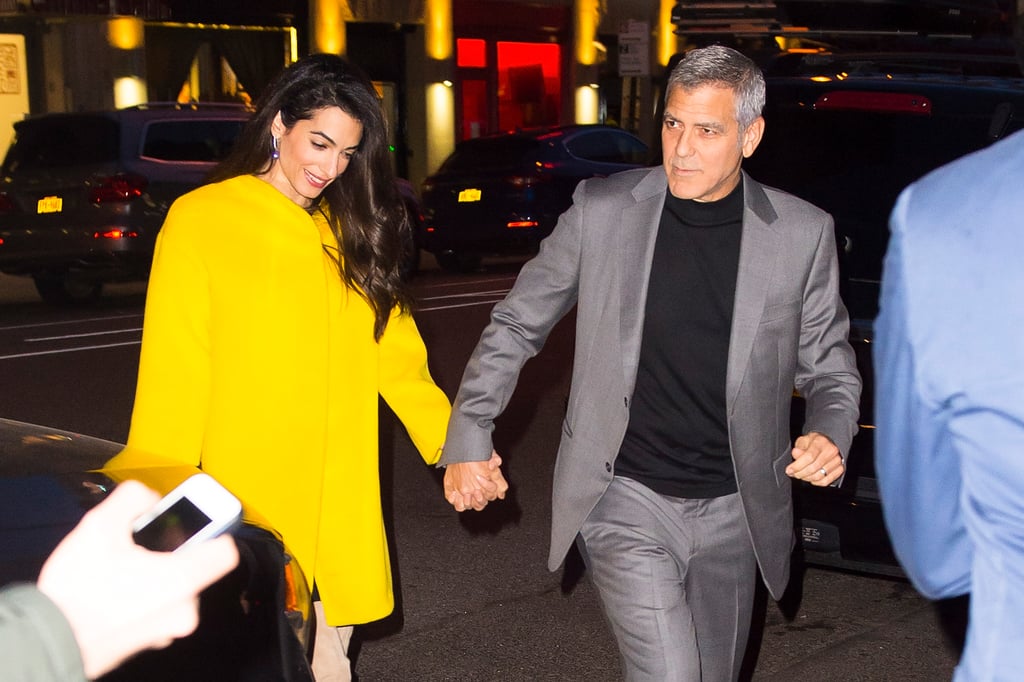 George and Amal Clooney are clearly enjoying NYC. The gorgeous couple — who welcomed twins Alexander and Ella in June 2017 — held hands as they made their way past paparazzi trying to catch a glimpse of the duo in SoHo on Friday night. George continued to prove that chivalry isn't dead when he held his arm out for his wife to hold while she walked down the steps in her beige knee-high boots and held her hand as they crossed the street. Their latest outing comes just a few weeks after they were spotted at the March For Our Lives rally in Washington DC. The pair also donated $500,000 to the movement which called for stronger gun control in the US. Keep reading to see more photos of their recent date night.