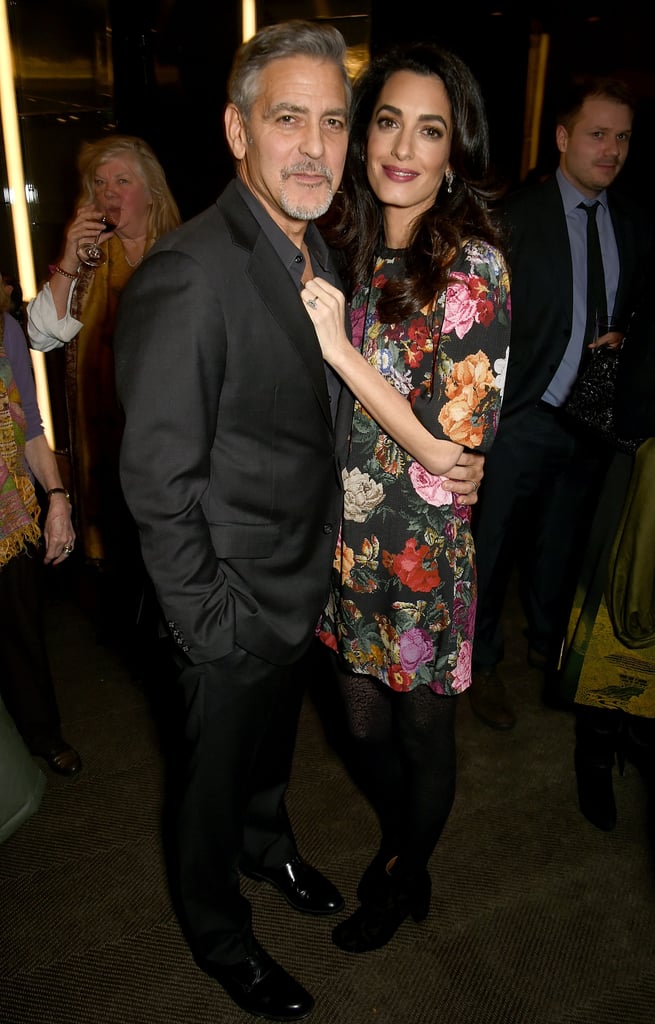 George and Amal Clooney made a supercute pair when they attended the Netflix screening of The White Helmets hosted by The Clooney Foundation for Justice in London on Monday night. Every moment they shared while there was equally sweet, like when the duo stopped to pose for photographers and Amal placed her hand over George's chest, or when Amal stood by George's side and gazed lovingly at him. During the event, George also weighed in on Donald Trump's recent comments about his Fantastic Mr. Fox costar Meryl Streep's Golden Globes speech. In a series of tweets, the president-elect called her "one of the most over-rated actresses," to which George responded, "Aren't you supposed to be running the country?" White Helmets is a documentary about first responders in Syria, and George is in early development on a movie version of the show.