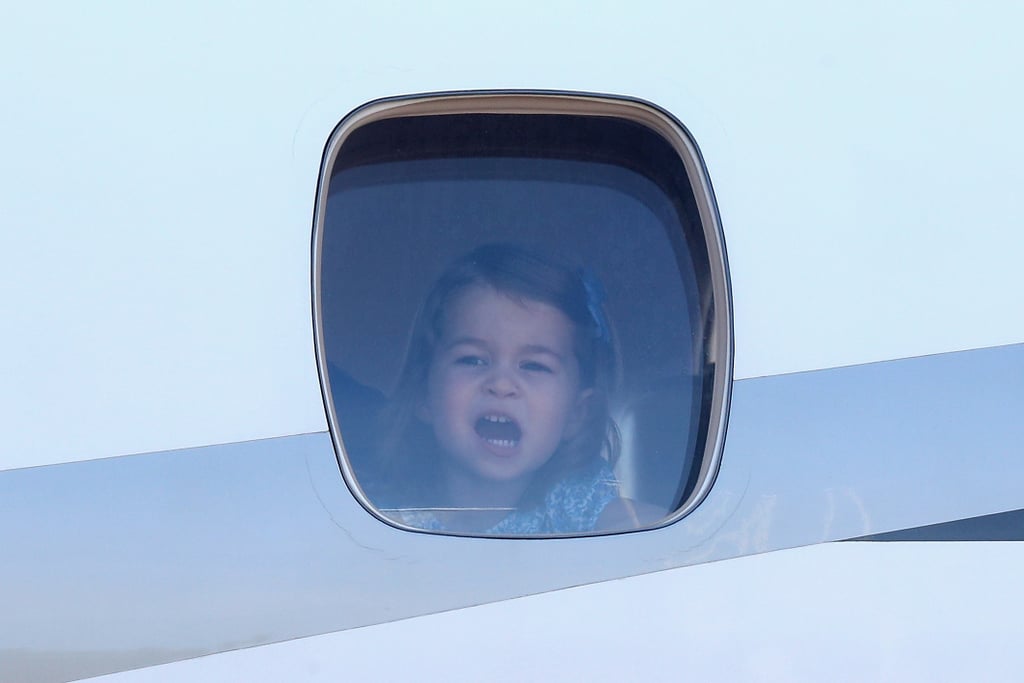 Afraid of Flying? Let George and Charlotte Peeking Out of Their Plane Window Calm You

Prince George and Princess Charlotte are only 3 and 2 years old respectively (George turns 4 on July 22), but they've already traveled more than most adults we know. The siblings have stamps from numerous countries in their passports, including Australia (before Charlotte was born), Canada, and this week, Poland and Germany.

During their latest official tour with Kate Middleton and Prince William, the royal siblings have proven that not only do they jet set in style, but they also have fun doing it. While touching down in both Germany and Poland this week, George and Charlotte have shown off their adorable curiosity and wonder at the world by peeking out of their plane's windows during landing. In addition to shouting what we can only assume is "Look, Mum! We're flying!," they also check out their surroundings in a hilarious judgmental way. "Is this runway up to par? Who is that man standing over there? Is the red carpet ready yet?" OK, they're probably thinking about juice boxes and cartoons instead, but we can dream.

Related:
Nothing Is Sweeter Than Princess Charlotte Stopping to Smell Her Flowers in Germany
Previous Next Start Slideshow
Join the conversation
The Royal TourThe British RoyalsPrincess CharlottePrince GeorgeThe RoyalsHumor
Latest Celebrity and Entertainment