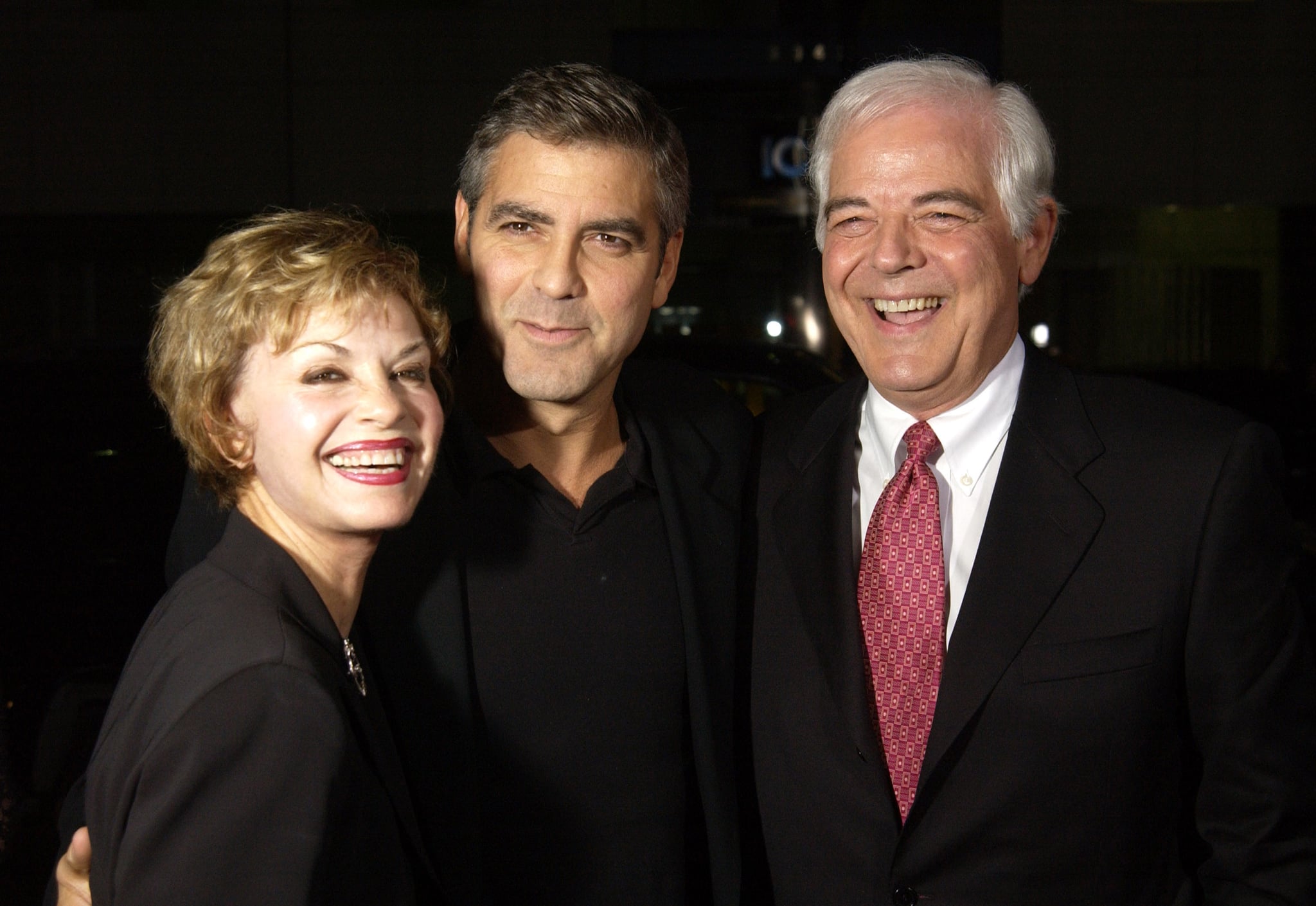 George Clooney has remained pretty quiet about the details surrounding his twins with wife Amal, but his parents, not so much. After George's mom, Nina, revealed the sexes of the babies to Vogue back in February, she and George's dad, Nick, spoke to Fox 19 reporter Tricia Macke about their "gorgeous, beautiful" grandchildren just a day after they were born. "They are gorgeous, and Nina swears the little boy has George's nose," Nick said after speaking to George and Amal over Skype. "They have dark hair, they look great. Amal is superwoman, she is just amazing. She was telling us just last week that she was as big as a house, but of course for her that would be a very small house."

Nick also revealed that he and Nina previously doubted whether George would ever have children of his own, adding,"When we met Amal, we got that figured out in a hurry. Just as I did, George married up. Both George and Amal are doing wonderfully well . . . and now, at long last, so are we." George and Amal named their new bundles of joy Alexander and Ella, which are way better than "Casa" and "Amigos" (the names of George's Casamigos tequila brand), which George recently joked that Amal had forbidden him to do.