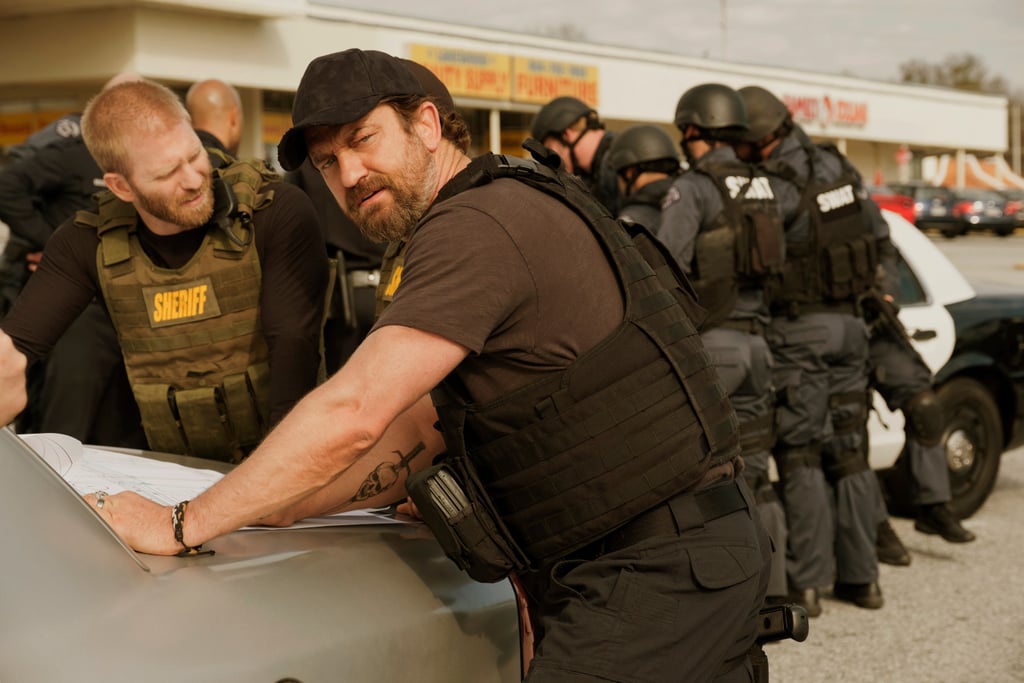 He's one of the hottest actors still on the market, and in many of his roles (plus on the red carpet) Gerard Butler is seen suited and booted. However, in his new movie, the Scottish star appears rough and ready as he takes on the part of Detective "Big" Nick O'Brien, the leader of an elite crime squad in Los Angeles.

Den of Thieves also stars 50 Cent and O'Shea Jackson Jr (Ice Cube's son) in the story of a "seemingly impossible heist on the Federal Reserve Bank of downtown Los Angeles."

Helmed by Christian Gudegast, the same guy who directed 48-year-old Butler in 2016's London Has Fallen, just looking at the stills in the gallery hint that watching it in movie theaters, when it's released February 1 in the GCC, will be an epic ride.

"I hope it becomes like a classic; one of those unforgettable movies, because of the characters we've created, because of that world that they go into, that it's exciting, that it's visceral, that it's surprising that there's a lot of funny stuff in this movie," Gudegast says. "And then it's touching and there's that element of believability in that life and that culture. You know, as a study of that kind of world there's a lot that people will identify with and take a lot of that home."