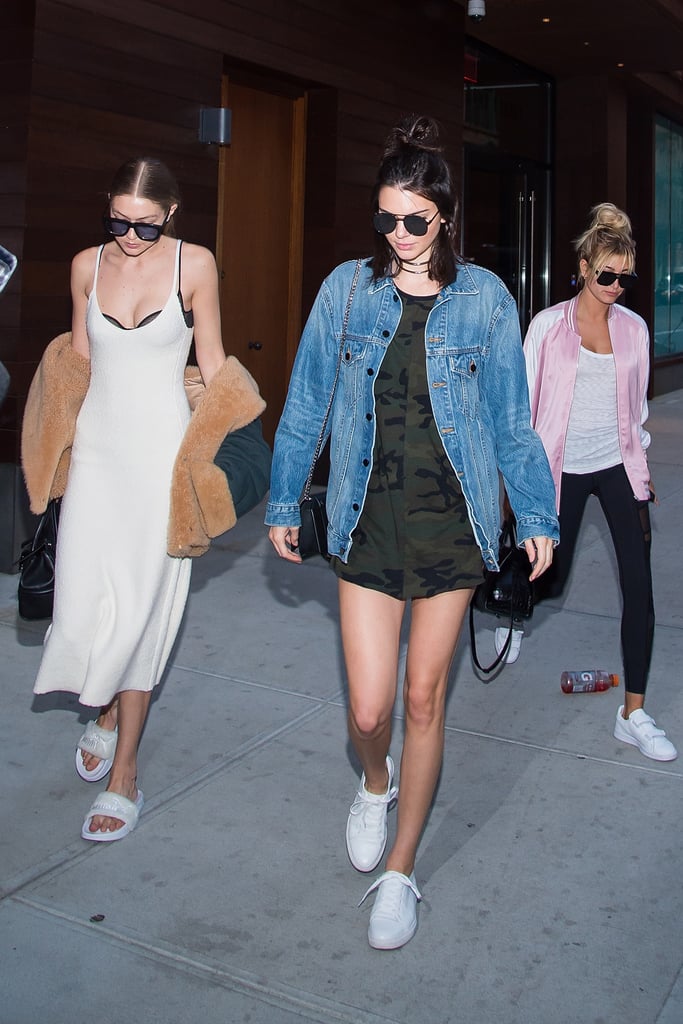 Gigi Hadid, Kendall Jenner, and Hailey Baldwin Have a Casual Girls' Night Out in NYC

After making her hosting debut at the iHeartRadio Much Music Video Awards in Canada over the weekend, Gigi Hadid enjoyed a casual girls' night out with Kendall Jenner and Hailey Baldwin in NYC on Monday. The trio managed to make their casual dinner attire look like something off the runway as they strutted their stuff down the sidewalk wearing matching black shades. This isn't the first time the model has shown off her amazing friendship with Kendall. Gigi recently leaned on her BFF for support following her split from her on-again, off-again boyfriend, Zayn Malik (don't worry, they're on again). There's nothing like a little girl time!