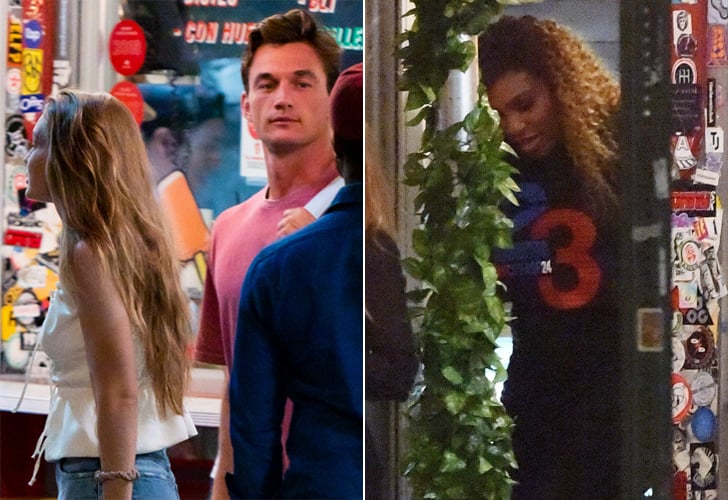 It looks like Gigi Hadid and Tyler Cameron are still hanging out! On Tuesday night, the duo was spotted grabbing dinner at NYC restaurant La Esquina with Serena Williams. According to E! News, it was a "fun dinner" and "everyone was in great spirits, laughing together and enjoying their dinner." "It was very casual with everyone just hanging out and chatting," a source added. "Everyone seemed comfortable together."

Even though Gigi and Tyler steered clear of any PDA, the models have been spending a lot of time together since they started following each other on Instagram in July. In addition to a series of outings in NYC, Tyler and Gigi recently vacationed in upstate New York. "The connection is there for sure," a source told E! News. "Tyler likes Gigi and definitely wants to keep seeing her. He wasn't sure if it would turn into something but they have are having a lot of fun and don't want it to end, that's for sure."

Serena and Gigi had been friends for a few years now. In fact, the tennis pro opened up about their close bond at the 2017 Glamour Women of the Year Awards in 2017. "Gigi, you are one of the few people on this planet I would leave my baby for — for one night," she said, referring to her daughter Alexis Olympia Ohanian Jr. while presenting Gigi with a trophy onstage. "It shows how much you mean to me. And I want you to imagine the affect you have on the world."

Gigi previously dated Zayn Malik, though they split in January after three years of dating. Tyler, on the other hand, was last linked to Hannah Brown from The Bachelorette.