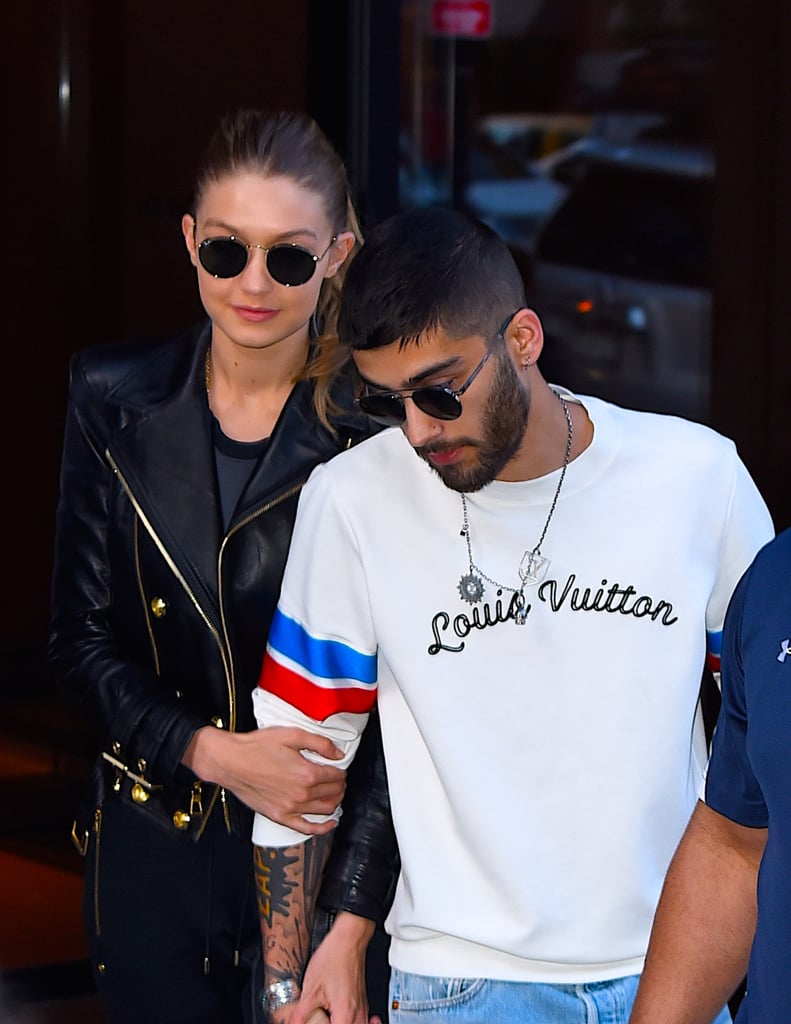 After much speculation, it appears Gigi Hadid and Zayn Malik are back together again. On Friday, the couple — who reportedly called it quits in early June — looked to be in good spirits as they walked arm in arm around NYC. While neither Gigi nor Zayn have confirmed their relationship, the supermodel gave a shout-out to the man in her life at the Maybelline New York Beauty Bash in LA last week, telling Elle magazine that she likes to "hang out with my boyfriend" during her nights in. She was also spotted dancing and singing along to Zayn's hit single, "Pillowtalk," later that evening. In honor of their reconciliation, flip through the pair's cutest moments together.