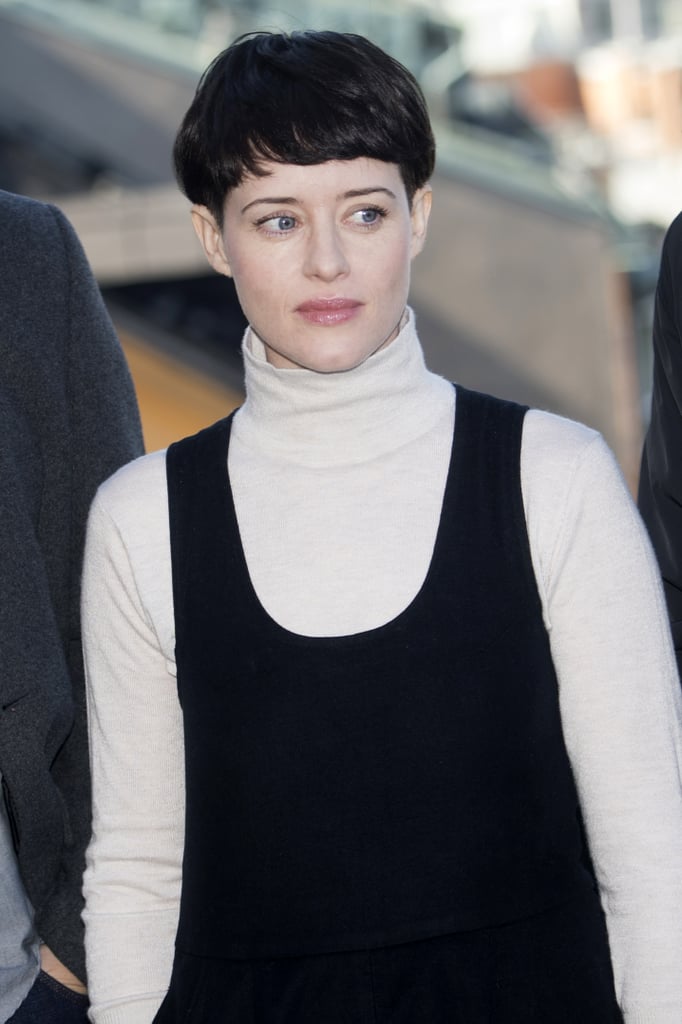 The highly anticipated follow-up to 2011's The Girl With the Dragon Tattoo is finally taking shape. That being said, it's going to be a whole different franchise with Rooney Mara, Daniel Craig, and David Fincher all out. Instead, Claire Foy will be taking on the role of Lisbeth Salander in The Girl in the Spider's Web, which is actually the fourth book in the franchise. The film's director and several cast members recently appeared together for the first time at a press event in Stockholm, assuring fans that the film is indeed happening.

Though we initially had a difficult time imagining Foy as the antisocial hacker with an all-black wardrobe, her latest appearance is doing a lot to shift our perspective. The Girl in the Spider's Web is slated for release later this year on Nov. 9.