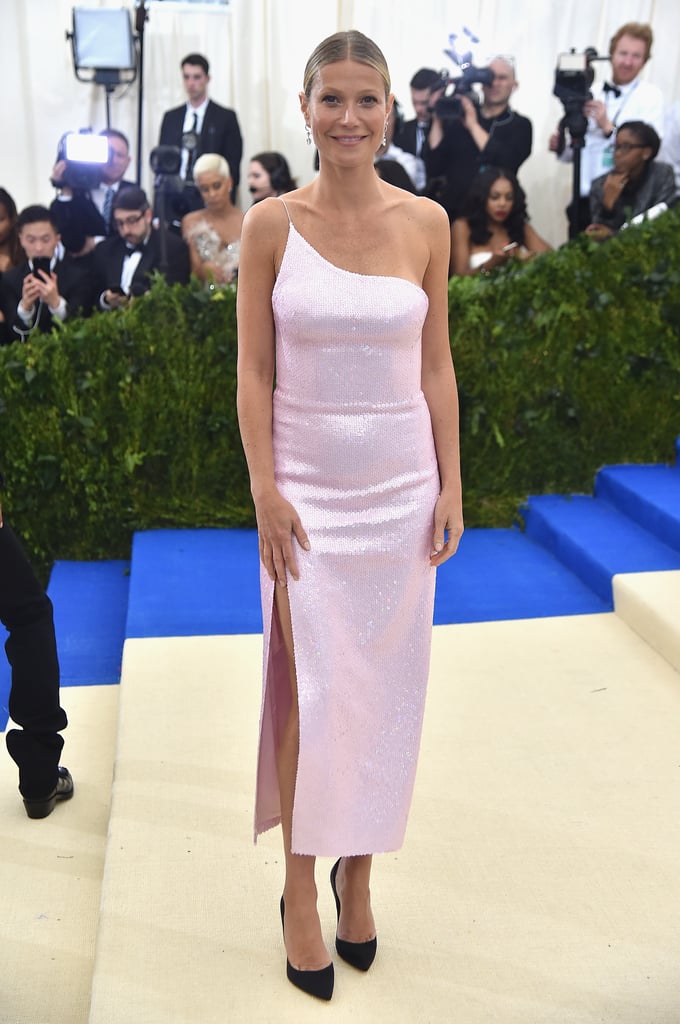 Gwyneth Paltrow was the epitome of classic beauty at the Met Gala on Monday night. The 44-year-old actress hit the red carpet in a sleek, baby pink gown reminiscent of the Calvin Klein dress she wore during her first-ever appearance at the high-fashion event back in 1995. Although her number was certainly a show-stopper, it was her arrival at the Met Gala period that had people talking. As you might recall, in 2013 Gwyneth infamously told USA Today that she can't stand going to the fashion elite's fete year after year. "I'm never going again," she declared. "It was so un-fun. It was boiling. It was too crowded. I did not enjoy it at all."

Not long after her scathing review, she doubled down during an interview with Australian radio show hosts Kyle and Jackie O. "It sucked," she said. "It seems like the it's the best thing in the world, you always think, 'Oh my god, it's going to be so glamorous and amazing and you're going to see all of these people' and then you get there and it's so hot and it's so crowded and everyone's pushing you.'" Getting back into Anna Wintour's good graces is no easy feat (maybe she offered her a free GOOP subscription?), but fortunately it looks like it was worth it. Gwyneth happily smiled for photographers and struck a pose with fellow guest ASAP Rocky, before heading inside to admire the exhibit.