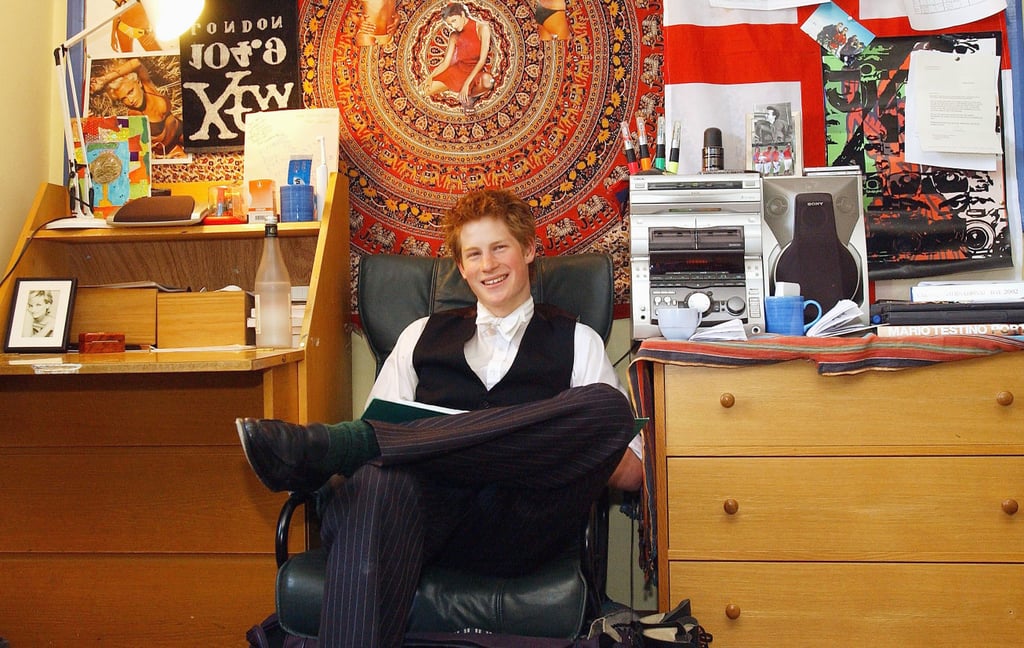 Before he gave his heart to Meghan Markle, it looks like Prince Harry had his eye on another gorgeous American actress. An old photograph from Harry's school days has been making the rounds recently, and in it, you can make out a picture of Halle Berry, cut out and stuck to the center of a wall hanging in Harry's room. The picture caught the eye of Halle herself, who retweeted the picture and joked, "Ok #PrinceHarry, I see you!"

It may be casually referred to as his "high school dorm", but this is no average school. Boarders at Eton College each get their own private room that they can decorate any way they choose. A teenage Harry was pretty typical with his choices, and among the posters, flags, mugs, cans of Lynx body spray (yes, the UK has its own version of Axe), and sporting memorabilia, there are a number of pictures of scantily-clad women, including one of '90s model Caprice Bourret.

But there are also some more sentimental items, too. On his desk, you can see a framed photo of his mother, Princess Diana, taken by Mario Testino in 1997, shortly before her death. Harry's also got the photographer's book of portraits among his belongings. Above his bed, he has a photo of his father, Prince Charles, and another photo of Diana, this time with a young Harry at her side. Finally, on his bedside table, you can just about make out a picture of his great-grandmother, Queen Elizabeth the Queen Mother, with whom his wife shares a birthday.

Take a closer look at Harry's teenage room ahead, and see what other retro treasures you can spot. If only we could zoom in enough to read what was written on the very official-looking letter on the right!