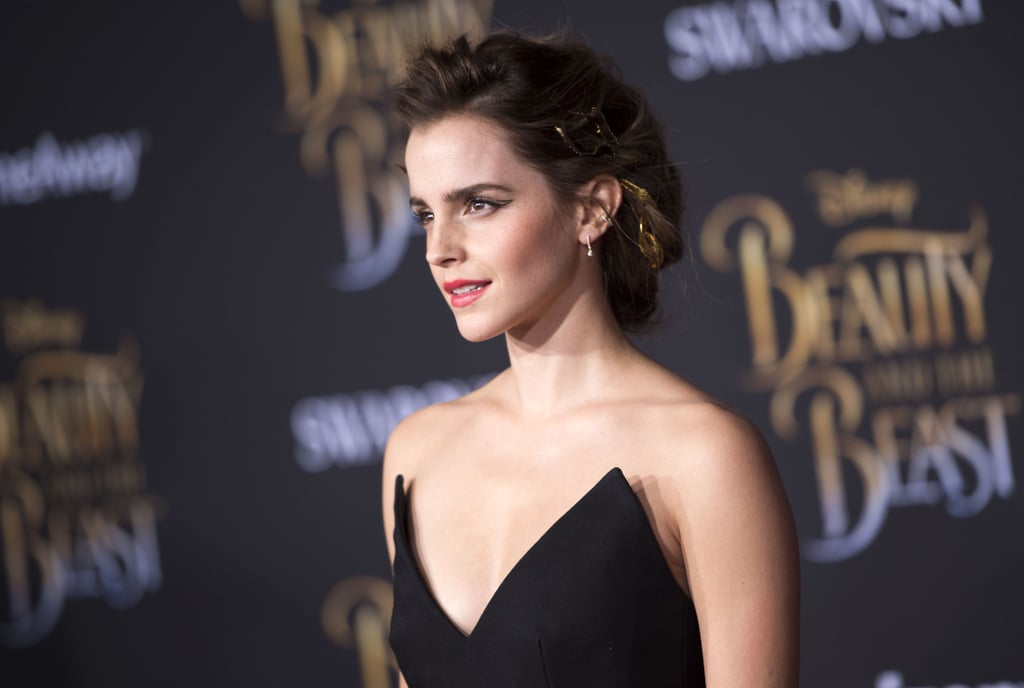 After all this time, Emma Watson is still close with her Harry Potter costars. The actress, who played Hermione in the franchise, had the support of her former Hogwarts classmates, Matthew Lewis (Neville) and Tom Felton (Draco), as she attended the LA premiere of Disney's live-action Beauty and the Beast on Thursday. While Matthew walked the red carpet with his fiancée Angela Jones, Tom opted to keep a low profile by skipping the carpet and sneaking in later. Even though the trio didn't pose for any pictures together, this certainly isn't their first reunion. The young men recently traveled back to the wizarding world with Jason Isaacs and Warwick Davis as they visited the Universal Orlando Resort.