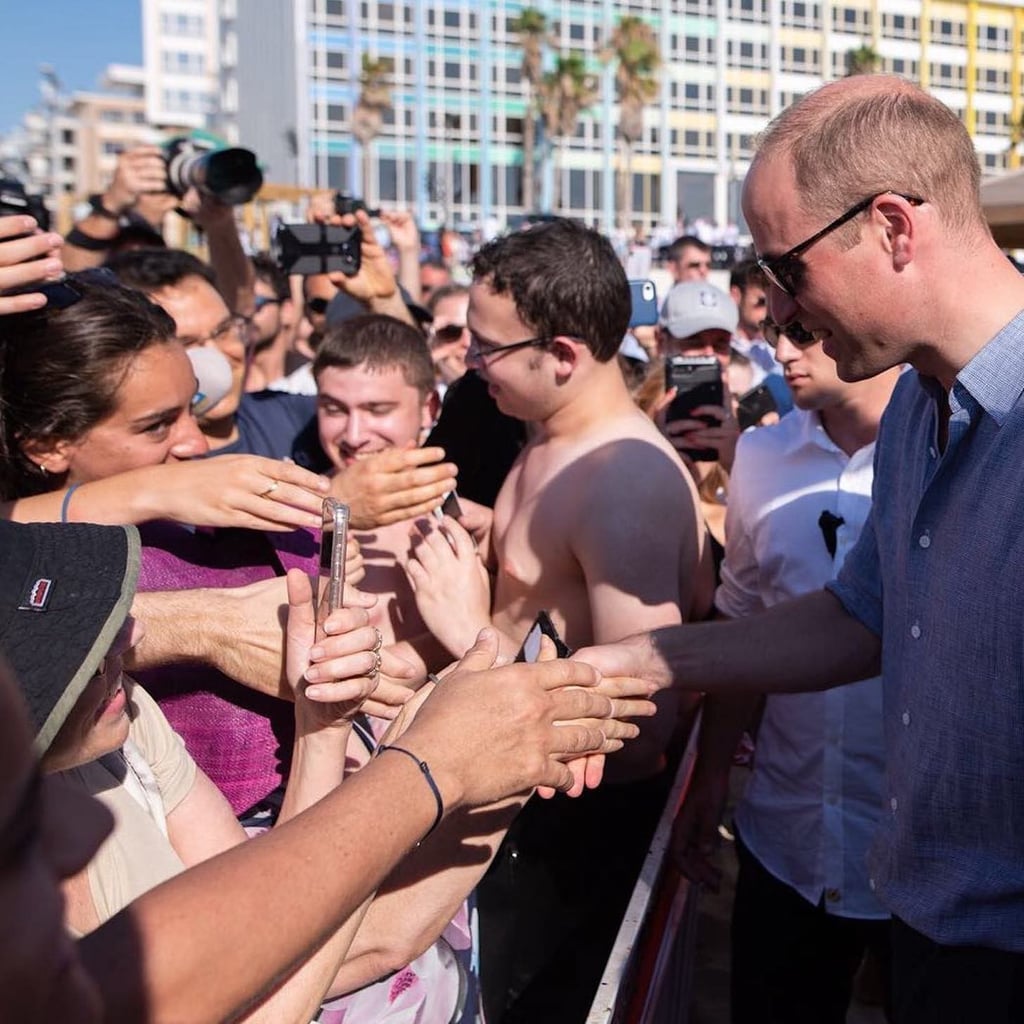 Most recently on his tour of the Middle East, the Duke of Cambridge started his visit to Israel and marked the first official visit by a senior member of the British Royal Family.

According to the official Instagram account, "The day started at Yad Vashem, Israel's official memorial to the Jewish victims of the Holocaust."

William received a short tour of the museum, before meeting with survivors of the Holocaust and the Kindertransport, Paul Minikes-Alexander and Henry Foner, who shared their personal experiences with him inside the Hall of Names. He laid a wreath in memorial of those who died.

Prince William also met the Israeli Prime Minister, Benjamin Netanyahu and President Reuven Rivlin, before going to Jaffa to meet young people involved in the work of two organizations, The Equalizer and the Peres Centre, focused on co-existence between the young people of different religious and ethnic communities.

Ending up on a Tel Aviv beach he shook the hands of admirers and went on to a reception at the British Embassy.

The the days before he visited Jordan where he enjoyed time with Crown Prince Hussein and made bread with local women. William also visited the archeological site of Jerash where his wife, the Duchess of Cambridge, used to live.

See the gallery for highlights.