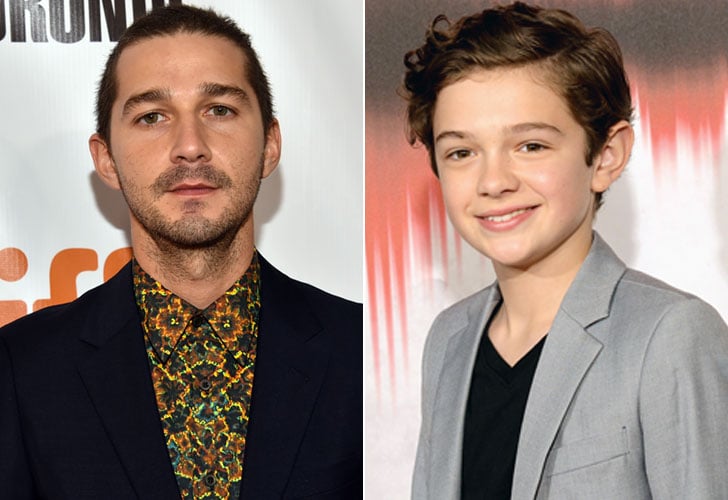 Casting someone to play you in the movie of your life isn't an opportunity that comes around every day, but fortunately it seems like Shia LaBeouf made the perfect choice. The 31-year-old actor has chosen Noah Jupe, one of the young breakout stars of John Krasinski's horror masterpiece A Quiet Place, to play him as a kid in his upcoming indie, Honey Boy.

LaBeouf served as a co-writer the script, which he penned under the pseudonym Otis Lort. It's based on the true story of LaBeouf's childhood and rocky relationship with his father, Jeffrey, throughout two different stages of his life (LaBeouf will be playing his own father in both). Lady Bird's Lucas Hedges is also on board to play a teenage LaBeouf in Honey Boy, which was titled for the nickname LaBeouf was given by his father as a child.

Although the Transformers star shot to fame early thanks to his role on Disney Channel's Even Stevens, his family life was a rollercoaster of emotional instability and hard drugs. Jeffrey, a former clown performer, was recovering from a heroin addiction and regularly brought his son along to 12-step programs. LaBeouf opted to change the names of the characters in the story — the boy is named Otis Lort, and his father is James Lort — but it certainly sounds like the script will stay close to his own experience.