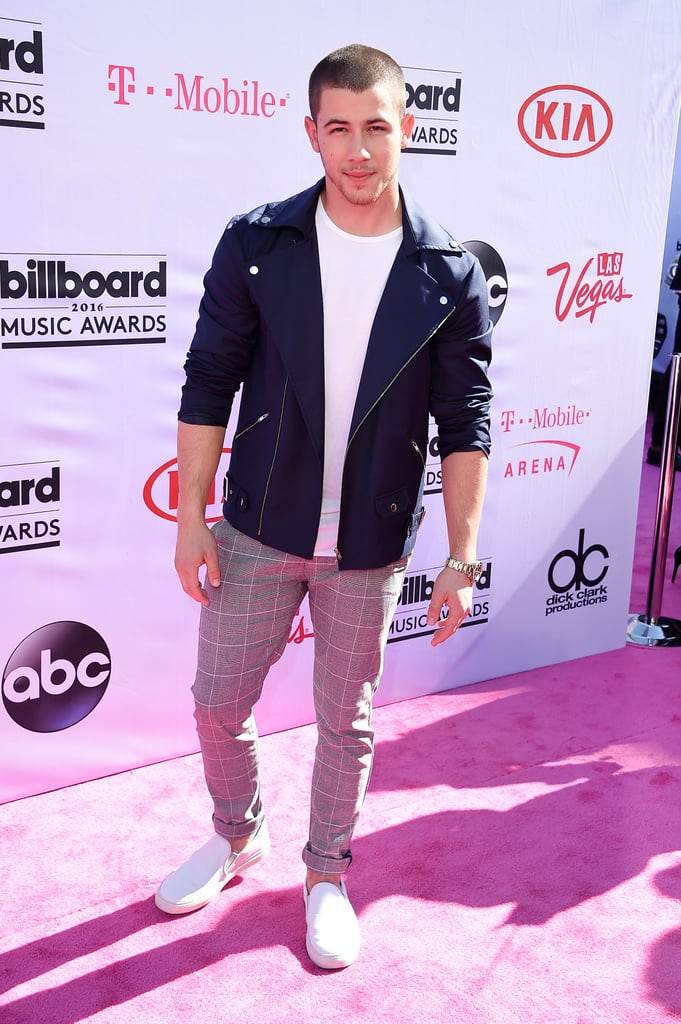 The Hottest Eye Candy From the Billboard Music Awards

The Billboard Music Awards took over Las Vegas on Sunday night, and if it's possible, some of Hollywood's sexiest men heated up Sin City's already scorching temperatures even more. Russell Wilson, who cozied up to fiancée Ciara on the red carpet, looked handsome, while other stars like Nick Jonas, Seal, and Ashton Kutcher showed off their sexy smirks. Swoon!