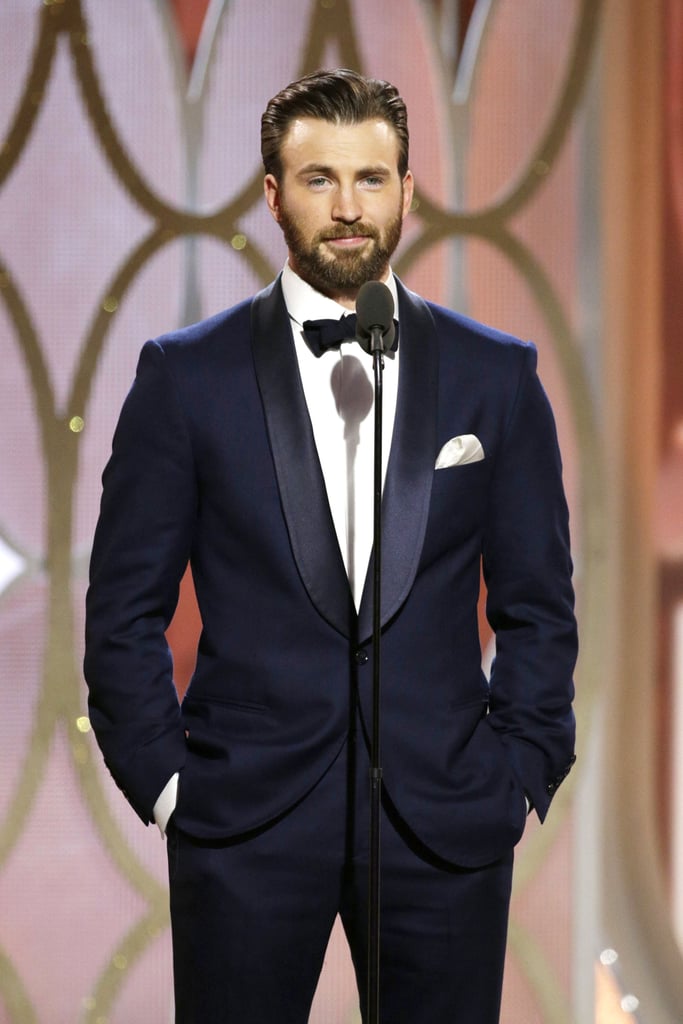 Some of Hollywood's hottest men gathered for the Golden Globe Awards in LA on Sunday night. Stars like Leonardo DiCaprio, Brad Pitt, Oscar Isaac, Ryan Gosling, Jamie Foxx, and Chris Evans made the award show look so damn good with their handsome looks. Oscar, who stole almost everyone's heart with his role in Star Wars: The Force Awakens, had a smile that just wouldn't quit, and Ryan and Brad made one heck of a dream team when they took the stage together. Keep reading for more Golden Globes eye candy!