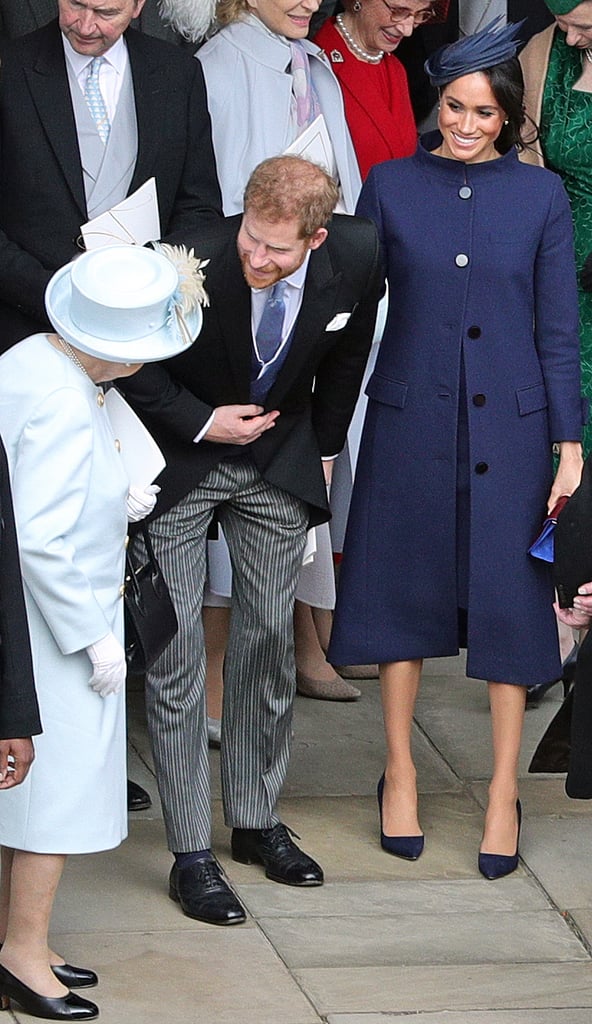 Prince Harry and Meghan Markle are expanding their family! On Monday, Kensington Palace officially announced that the couple are expecting their first child together, and the royal family could not be more excited! Even though this is the first time we're hearing about the news, the brood actually found out a few days ago at Princess Eugenie and Jack Brooksbank's wedding. "The Queen, the Duke of Edinburgh, the Duke and Duchess of Cornwall, and the Duke and Duchess of Cambridge are all delighted by the news," the palace announced.

Harry and Meghan tied the knot this past May, and Meghan has previously said that becoming a mom was on her "bucket list." Hopefully Meghan will finally give us a glimpse at her growing belly as she and Harry tour Australia later this week.