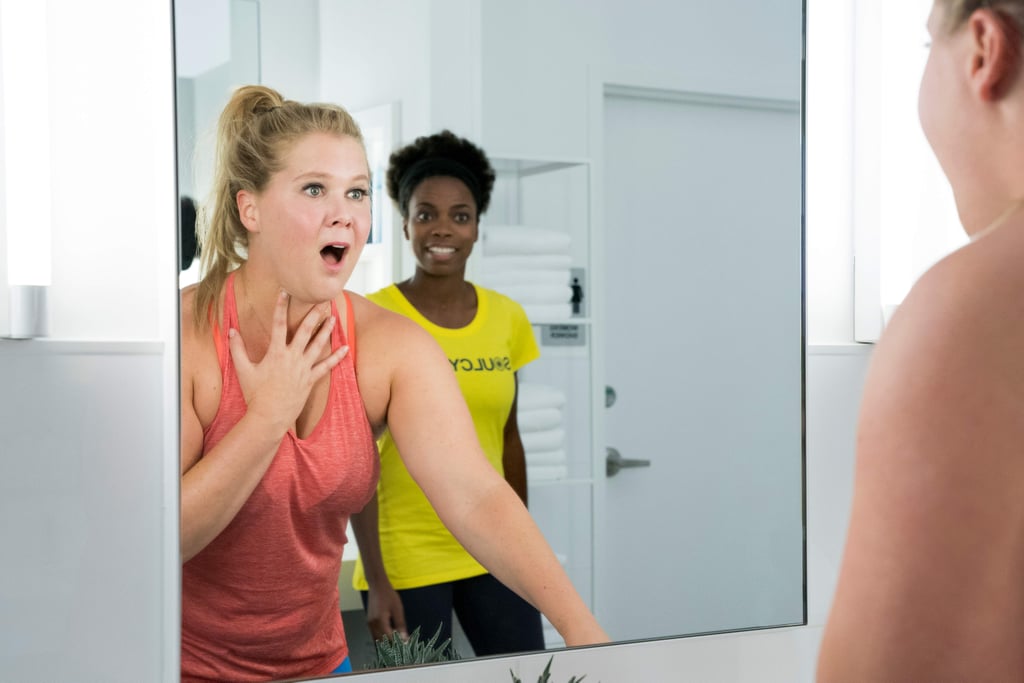 There's something about Amy …

Whether she's playing an out-there gal who's wild with the guys in Trainwreck, or a woman who almost never dates in her new movie, Amy Schumer manages to remain relatable either way.

The star will give you all the feels in I Feel Pretty, from that all-too-familiar awkward humor to eyes welling up type moments. She plays Renee, a woman lacking in confidence who one day flips things around for herself after an accident at an indoor cycling class.

While it all feels a bit Tom Hanks in Big, which the movie actually references, the cheese factor doesn't overpower the message that basically, anything from getting your dream job or snagging that guy all comes down to how you view yourself.

Amy manages to get a star-studded cast to join her including Emily Ratajkowski, Michelle Williams, Busy Philipps, and even Naomi Campbell.

From the same people who wrote The Vow, He's Just Not That Into You, and Never Been Kissed, Abby Kohn and Marc Silverman, check out the pictures in the gallery for a sneak peak before it's out May 3.