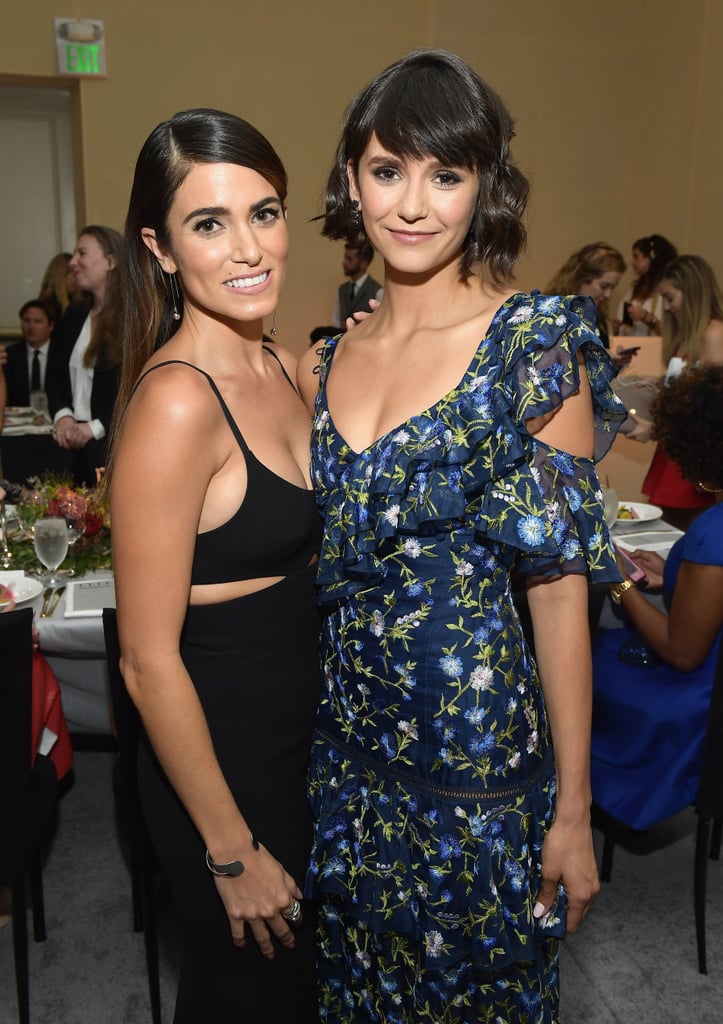 Ian Somerhalder and Nikki Reed were surrounded by some of their former vampire costars on Monday when they attended Elle's Women in Hollywood Awards, which recognizes the incredible achievements of females in the industry. The couple, who recently welcomed their first child, daughter Bodhi, showed sweet PDA as they walked the red carpet together hand in hand.

Of course, the best parts of the night happened inside the event. Not only did Nikki chat with her Twilight costar and onscreen sister Ashley Greene (Kristen Stewart was also at the event, but didn't pose for pictures with the duo), but the actress also caught up with Ian's former The Vampire Diaries costar and ex-girlfriend, Nina Dobrev. The ladies even had a "gush-fest" over Ian and Nikki's newborn as they looked at pictures on her phone.

This certainly isn't the first time the ladies have crossed paths. In February, shortly before The Vampire Diaries series finale, Nikki, Ian, and Nina all got together for dinner, putting those rumors that they were feuding to rest once and for all. See even more photos from the event below.