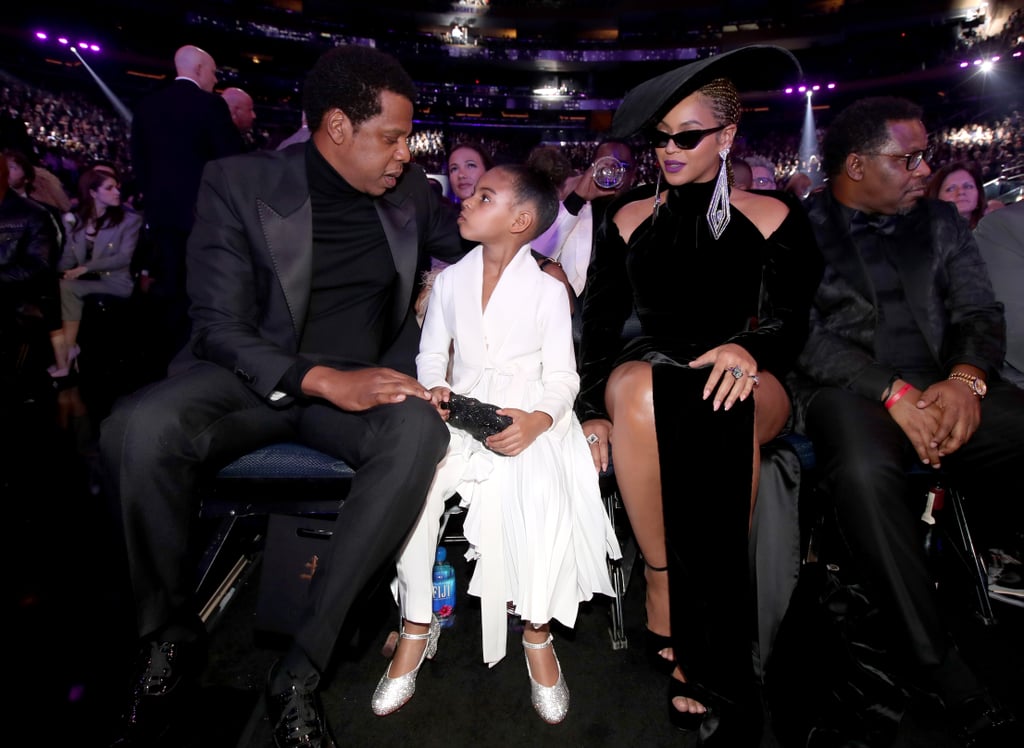 Blue Ivy Carter was wedged between her famous parents, JAY-Z and Beyoncé Knowles, at the Grammys in NYC on Sunday night. The adorable 6-year-old sat front row in an all-white outfit at the event, marking the third time she's attended with her mom and dad; if you recall, Blue mingled with Rihanna back in 2015 and basically stole the entire show during James Corden's Carpool Karaoke bit in 2017.

Beyoncé and JAY-Z have been out and about for the better part of Grammys weekend; they hosted the annual Roc Nation brunch on Saturday afternoon, then did a costume change for Clive Davis's annual pre-Grammys party, where JAY was honored with the Grammys Salute. They also had this woman completely shook with their presence, naturally. Keep reading to see the Carter family's night at the Grammys!