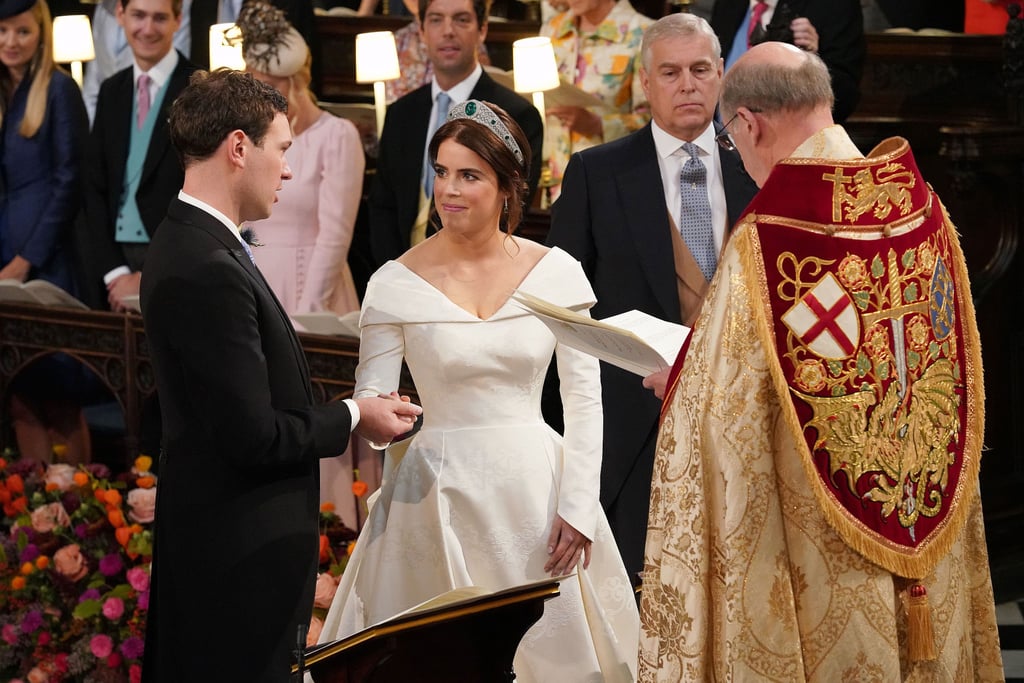 Ah, royals — they're just like us! Sometimes they have to defuse toddler temper tantrums, they dress their kids in semi-embarrassing matching outfits, and yep, they even have awkward moments at their wedding. Princess Eugenie proved that last point when she married Jack Brooksbank on Oct. 12.

In the middle of their ceremony at St. George's Chapel in Windsor, Jack went to slide on Eugenie's wedding band, except it wasn't exactly smooth sailing. He struggled for a few brief moments with the simple golden band, at one point even bending back his bride's ring finger while trying to slip it on. Whoops! The newlyweds played things cool and laughed it off, along with Jack's younger brother and best man, Thomas, who stood in front of the altar with them.

In case you weren't up early enough to tune into Eugenie and Jack's nuptials, witness the funny moment below, and then be sure to learn more about Eugenie's one-of-a-kind engagement ring.