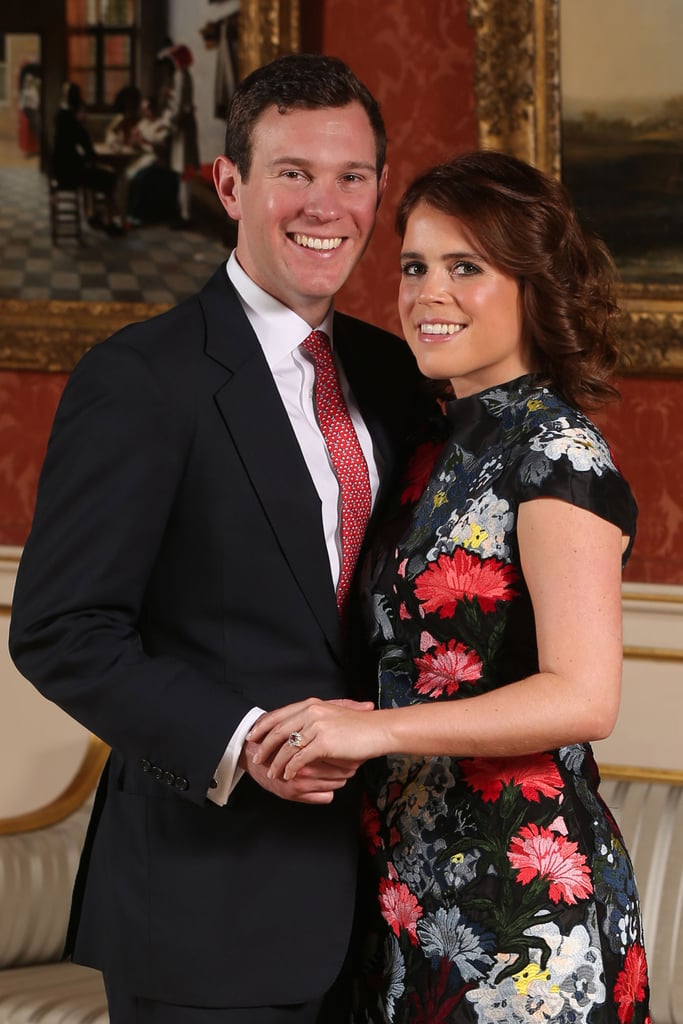 We're just hours away from Princess Eugenie and Jack Brooksbank's big day! As much as we're excited for another royal wedding, one thing you shouldn't expect to see during the ceremony is an exchanging of rings. According to People, the wine merchant has chosen not to wear a wedding ring; however, Jack will be placing a band on Eugenie's finger.

It's actually pretty common for men in the British royal family to opt out of wearing a wedding ring. Even though Prince Harry has one, Prince William decided not to wear one as he "isn't one for jewelry," following in Prince Philip's footsteps. Similarly, Prince Charles never wore a ring when he was married to Princess Diana, though he now wears a signet ring on his pinkie finger. Keep reading to see some of Eugenie and Jack's cutest moments ahead of their royal wedding!