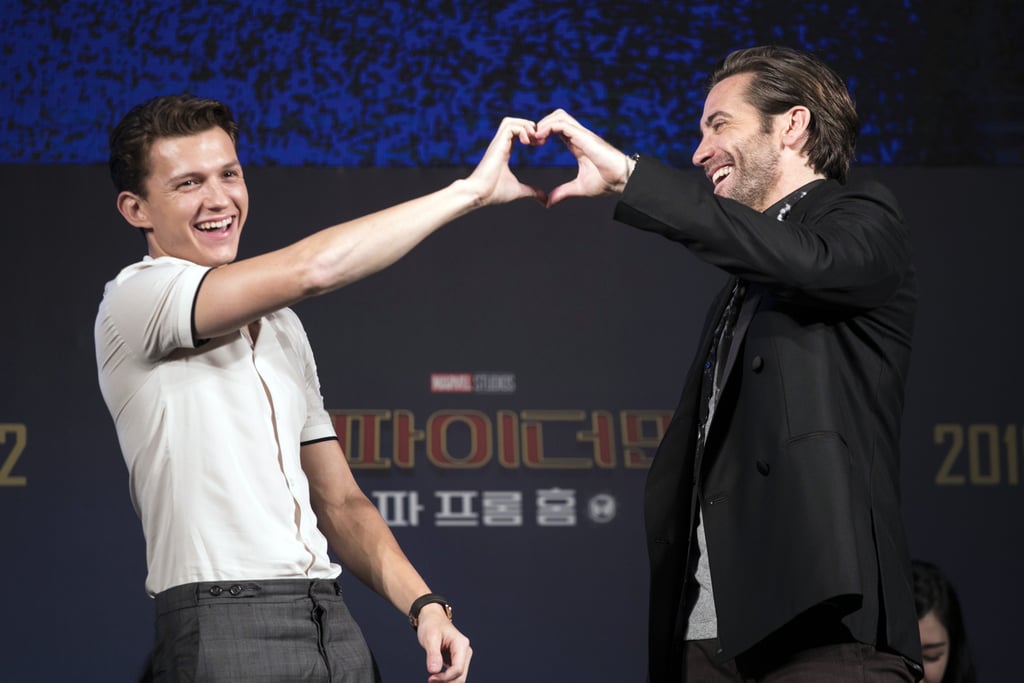 Thank You, Spider-Man, For Blessing Us With Jake Gyllenhaal and Tom Holland's Bromance

Tom Holland and Jake Gyllenhaal may play enemies in Spider-Man: Far From Home, but the actors forged a real-life friendship worth marveling over while filming the superhero flick. Tom and Jake, who portray Peter Parker and Mysterio in the new Spider-Man movie, respectively, have been making our spidey senses (among other things) tingle each time they step out to promote the film together.

Whether they're hilariously impersonating one another, bringing their devastating good looks to the red carpet, surprising fans at Disneyland, or generally fan-boying over each other during interviews, it's clear these two Hollywood hunks have a bond that's only bound to get stronger. "It's straight romance, let's be honest. It's not even a bromance; it's straight romance," Jake said of his relationship with Tom during a recent chat with Good Morning Britain. Oh, the things we'd do to be the third wheel in their romance!

If you, too, are very much here for Jake and Tom's friendship, read ahead to catch a glimpse at the insanely attractive duo's best photos together so far.