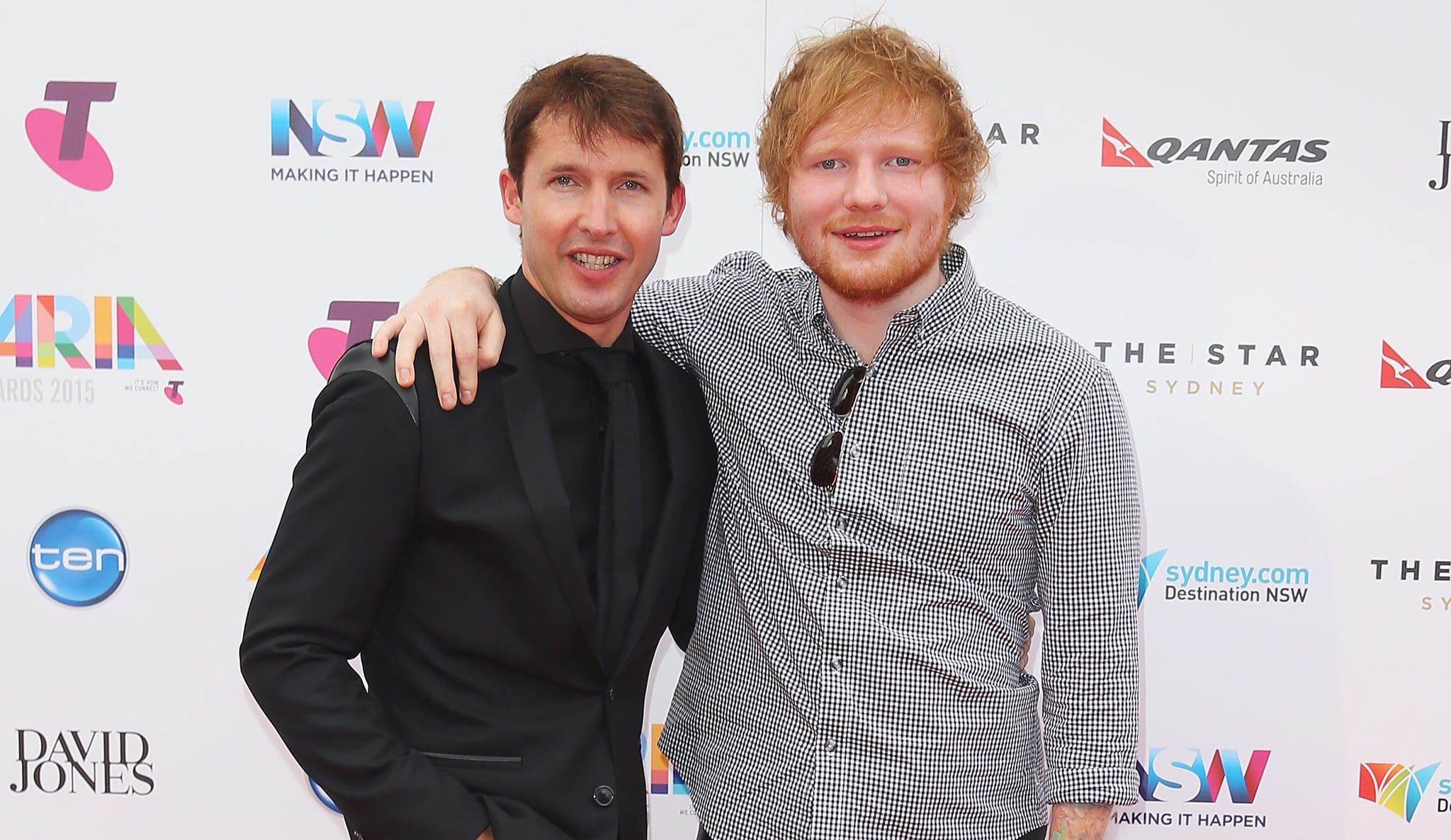 Remember when Ed Sheeran's face got sliced open by Princess Beatrice during a prank knighting ceremony? Well, as it turns out, the joke was on us. During a recent interview with Shortlist magazine, Ed's pal, James Blunt, admitted that the entire story was a hoax. "Ed was drunk, messing around, and he cut himself. We made a fancy story up, people fell for it. It was very embarrassing," he explained. "It's bizarre that people fell for it. I blame him. He must be desperate — he's trying to sell records. He cut himself and I just patched him up. It's made him look prettier."

Back in November, it was reported that the "Shape of You" singer had to get stitches after Princess Beatrice accidentally cut his face open while trying to "knight" James with a ceremonial sword at a party. Well, Ed, you got us good.