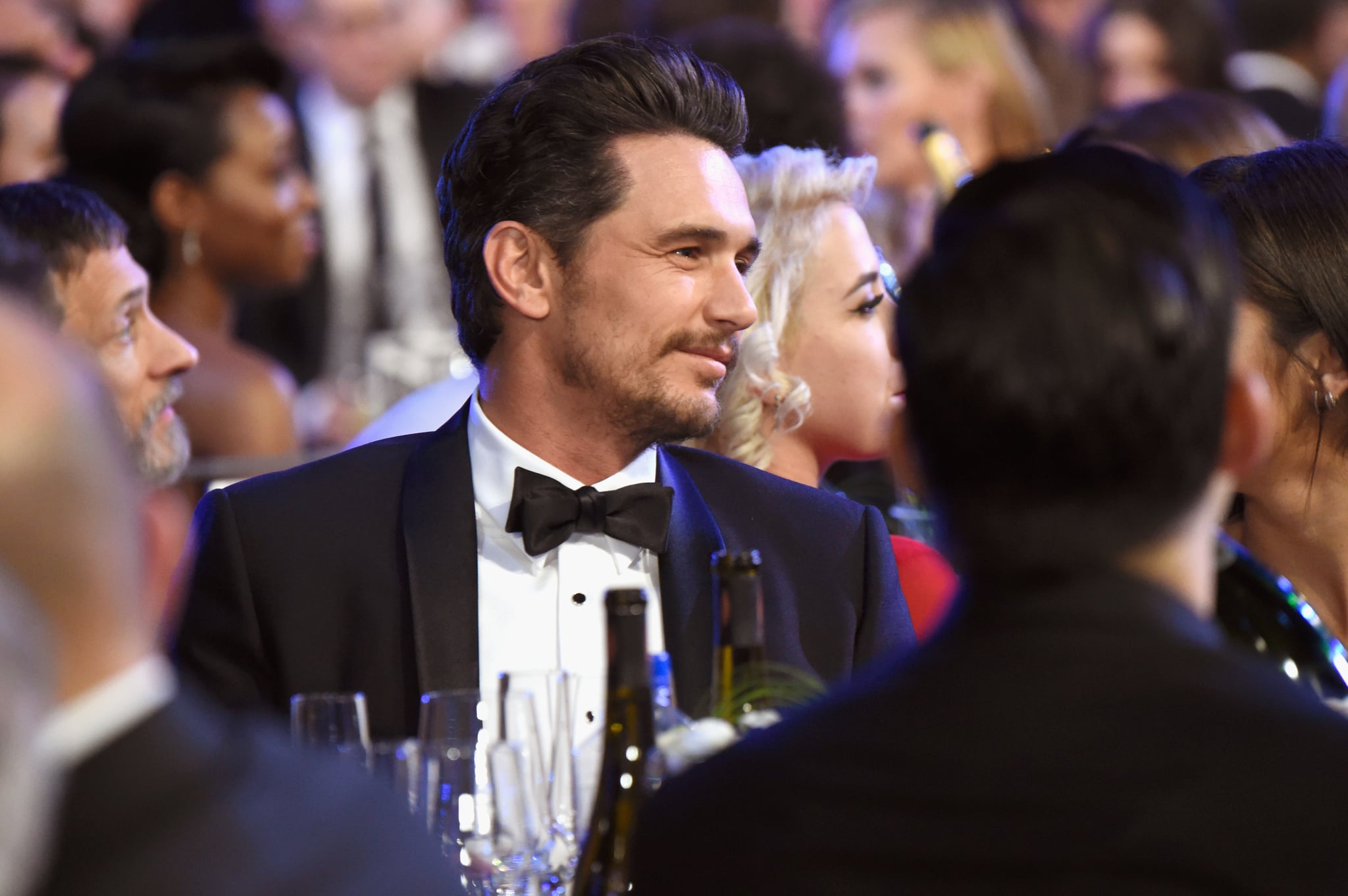 Following several sexual misconduct allegations earlier this month, James Franco returned to the spotlight when he attended the SAG Awards on Sunday. After skipping the Critics' Choice Awards on Jan. 11, The Disaster Artist star, who is nominated for outstanding performance by a male actor in a leading role, kept a low profile as he attended the ceremony with his girlfriend Isabel Pakzad.

While he opted to skip out on the red carpet, his sister-in-law Alison Brie, who is married to his brother, Dave Franco, commented on his allegations after being pressed by E! News reporter Giuliana Rancic. "I obviously support my family, and not everything that's been reported has been accurate, so I think we're waiting to get all the information," she said. James made a similar statement on The Late Show, saying that "the things [he's] heard are not accurate," before adding that he still supports the Time's Up movement to end sexual harassment and assault in the workplace.