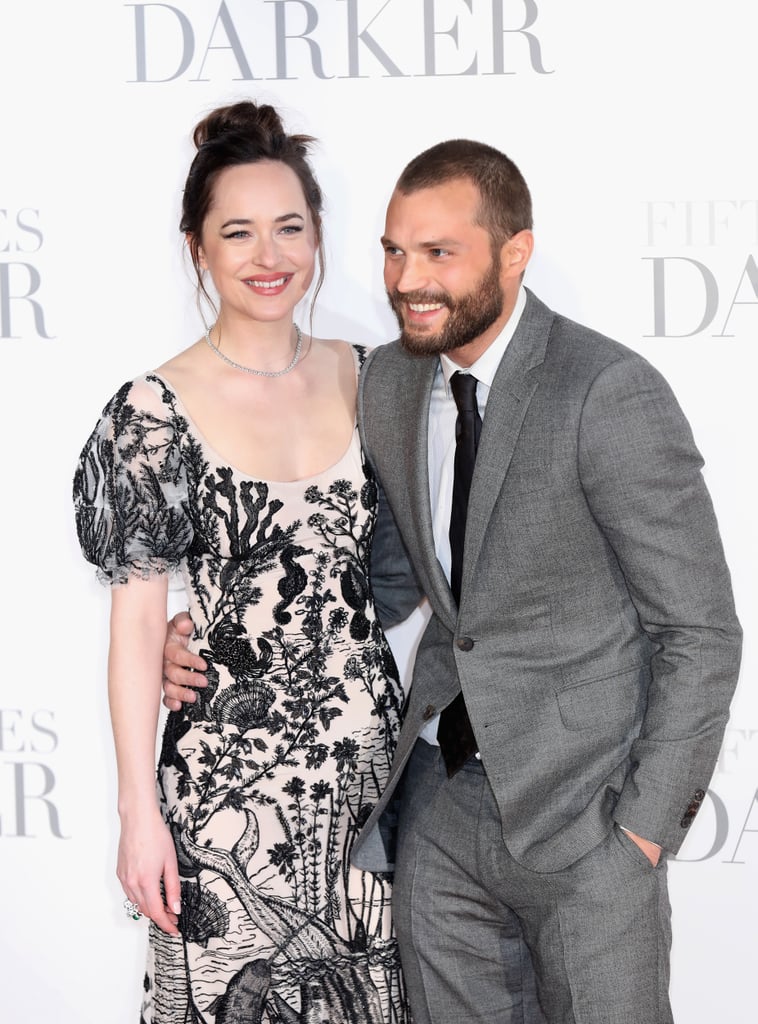 There are only a handful of days until Fifty Shades Darker hits theaters, and the film's stars, Dakota Johnson and Jamie Dornan, hit the red carpet for a star-studded premiere in London on Thursday. Dakota stunned in an Alexander McQueen gown, while Jamie looked as handsome as ever in a sleek gray suit. The Irish actor was also joined by his wife, Amelia Warner, who he posed for photos with before the cast headed inside for the screening. Dakota and Jamie are reprising their roles as Anastasia Steele and Christian Grey in Fifty Shades Darker, and thankfully, the second installment of the franchise is better than the first one — but will you see Jamie's penis?