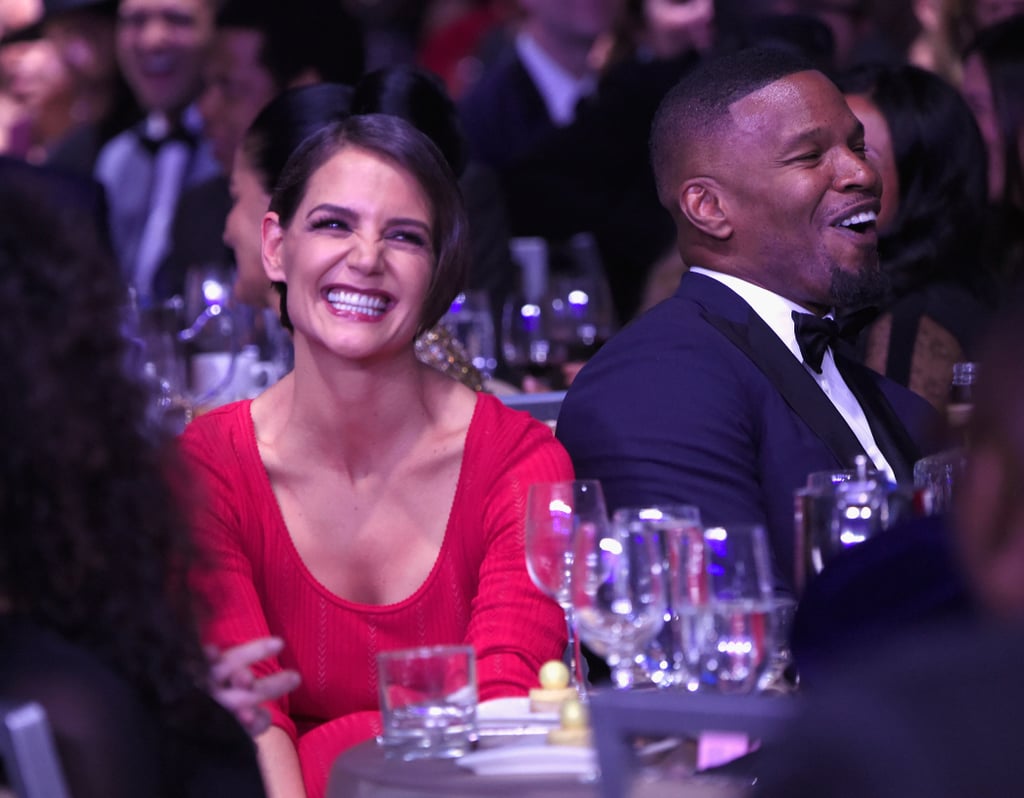 Jamie Foxx and Katie Holmes are coming out of hiding. The notoriously private couple made a rare appearance together at Clive Davis's annual pre-Grammys bash in NYC on Saturday night. Clive reportedly "gave them a hard time" from the stage when Jamie and Katie opted not to sit next to each other at first. Later, they switched seats and were spotted side by side staring lovingly at one another, Katie whispering into Jamie's ear. The pair, who were first linked back in 2013, were all smiles throughout the evening. This marks their first official outing after the two were photographed holding hands on the beach in September. Katie also popped up at Jamie's 50th birthday bash and supported him at his Prive Revaux eyewear store opening in December. Read on to see more photos from Jamie and Katie's sweet night out.