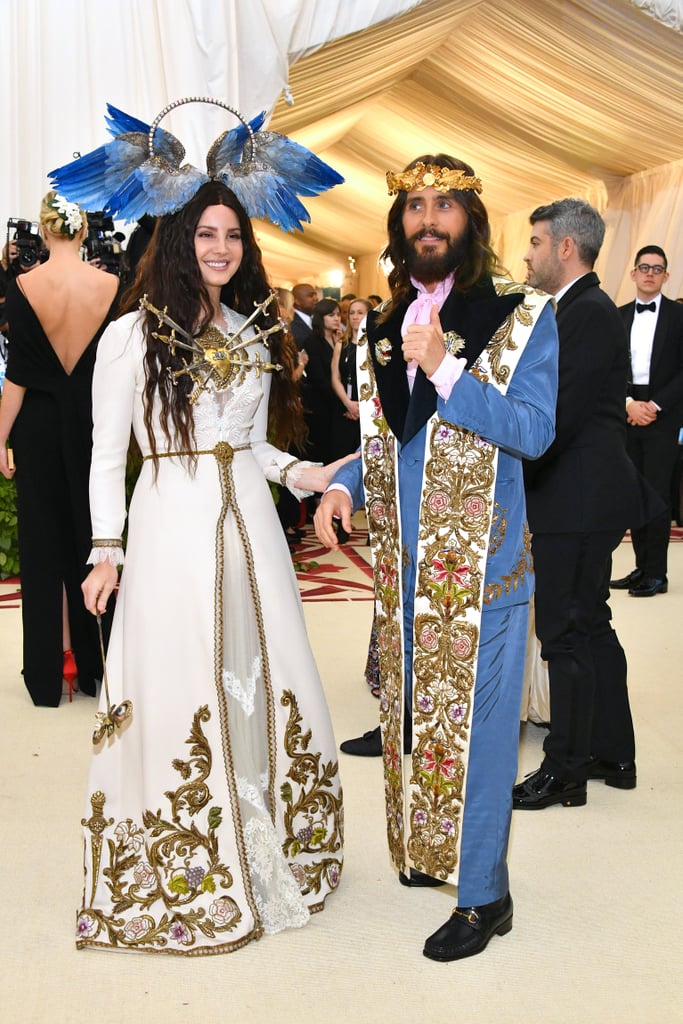 When this year's Met Gala theme was announced as "Heavenly Bodies: Fashion and the Catholic Imagination," Jared Leto probably didn't bat an eye; even though the Oscar winner and Thirty Seconds to Mars singer has drawn comparisons to Jesus quite a bit over the years — that long hair and bushy beard really do the trick — Monday night's event was a really fun way for him to shine. Jared hit the red carpet in a blue suit, which he topped with an intricate clergy stole and, of course, a gold crown. The 46-year-old had to know how biblical he looked. He flashed a thumbs-up while posing for photos with Lana Del Rey and Gucci designer Alessandro Michele, who crafted their looks.

Related:
Proof That Jared Leto Has Had as Many Girlfriends as He Has Hairstyles
Previous Next Start Slideshow
Join the conversation
Met GalaJared LetoRed Carpet
Latest Celebrity and Entertainment