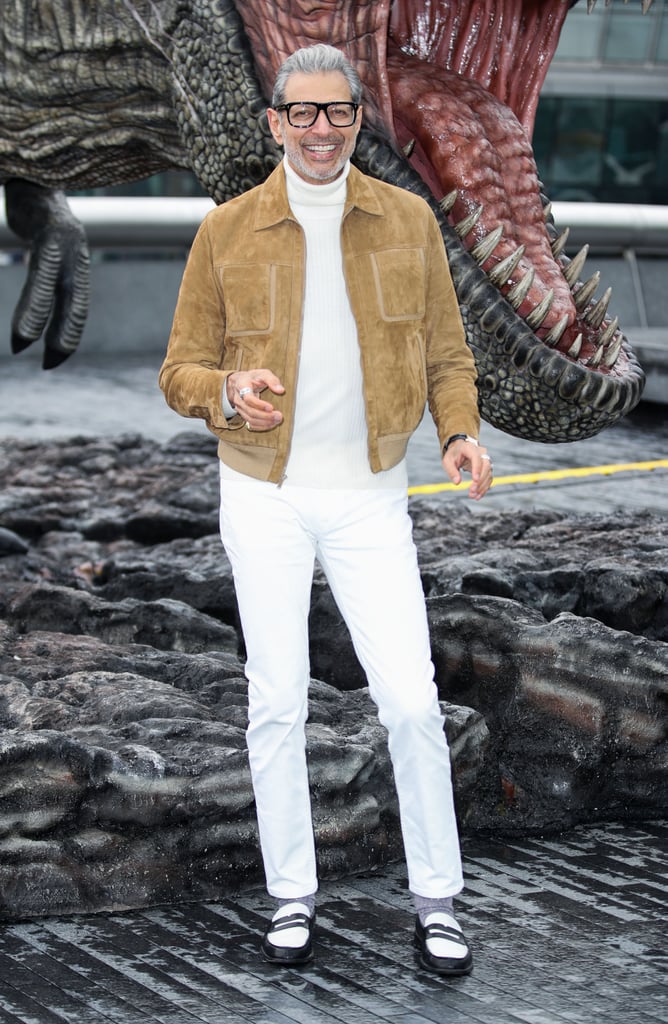 If there's one thing we know about Jeff Goldblum, it's that he knows his angles. And the silver-haired, impeccably attired gentleman is busy working them on the Jurassic World: Fallen Kingdom press tour. Jeff stepped out in London on Thursday to willingly pose in front of a T Rex to a Tower Bridge backdrop, looking undeniably delicious. The actor reprises his role as Dr. Ian Malcolm in the fifth installment of the film series, leaving us guessing if he'll be reprising his iconic laugh, too. Laughs aside, if this kingdom is falling, we certainly know who we would want by our side. Jurassic World: Fallen Kingdom hits theaters June 22. Until then, feast your eyes on the following photos like a velociraptor would eye up human flesh.