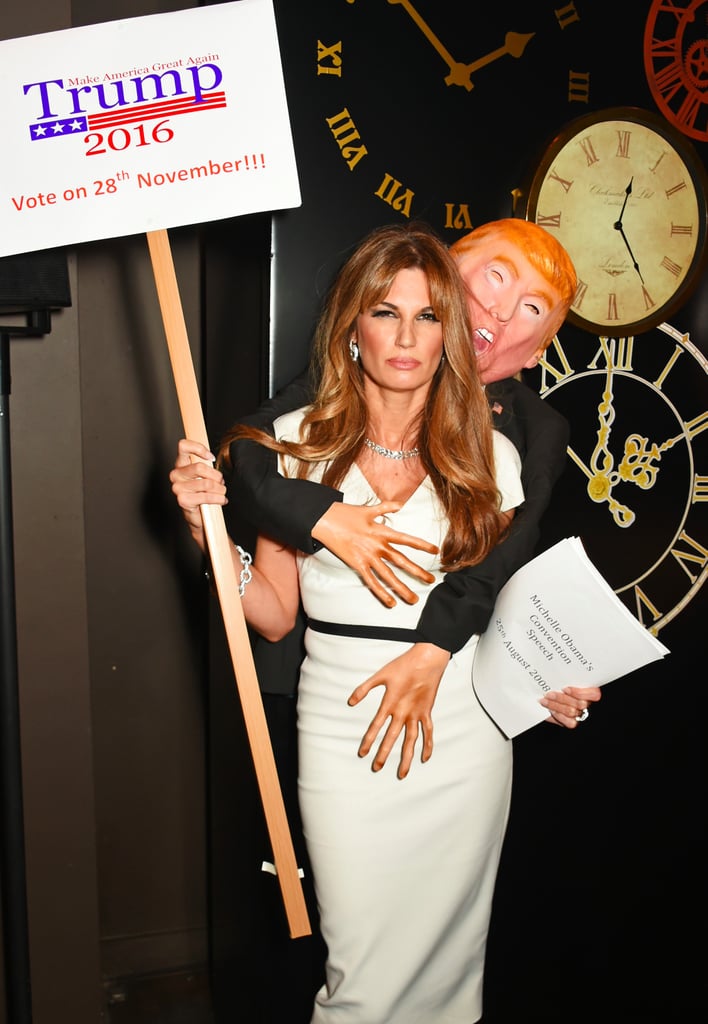 British journalist and campaigner Jemima Khan took Halloween (and the 2016 presidential race) to a new level on Thursday when she attended the UNICEF Halloween Ball in London dressed as Melania Trump. Jemima, a UNICEF Ambassador who gained fame stateside when she dated actor Hugh Grant from 2004 to 2007, posed for photos at the event in a white dress and heels, complete with Melania's trademark sultry stare. She gave her costume an even newsier twist with a Donald Trump dummy positioned to be groping her from behind — a reference to the Republican presidential nominee's recorded comments about grabbing women "by the p*ssy" — and by holding a sign that read "Trump 2016 . . . Vote on 28th November!", a nod to Trump recently telling his supporters to "get out and vote Nov. 28" (Election Day is actually on Nov. 8). If that wasn't perfect enough, she also poked fun at Melania's RNC plagiarism scandal, carrying papers with "Michelle Obama's Convention Speech" written on them. Even though Halloween is still a couple of weeks away, we have to hand it to Jemima for kicking off the holiday in such a hilarious and topical way.