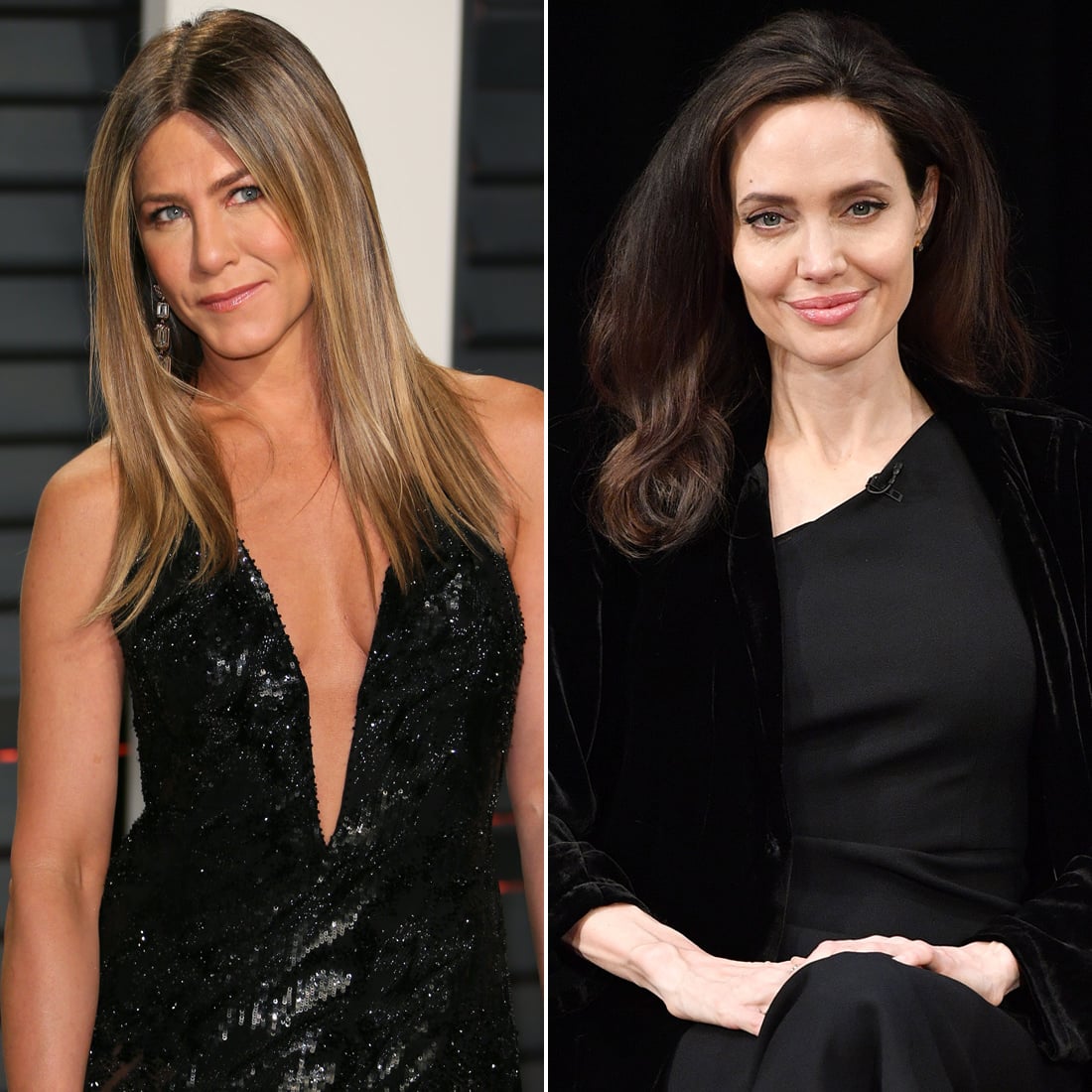 Wowwwwwww. The updated list of Golden Globes presenters included two names that we definitely expected to see, but maybe not together: Jennifer Aniston and Angelina Jolie! The actresses are both slated to hit the stage at the award show on Sunday night (maybe not together, but we can dream). Jen and Angelina have managed to avoid each other at nearly every award show and industry event since the 2000s — they've never really been in the same place at the same time — so this is a pretty big deal.

For five years, Jennifer Aniston and Brad Pitt were Hollywood's golden couple, but they ended their union in 2005 amid cheating allegations involving the actor's Mr. and Mrs. Smith costar, Angelina Jolie. While the couple insisted that there was no affair, they did admit to "falling in love" on the set. In a Today show interview that year, Angelina told Ann Curry, "To be intimate with a married man, when my own father cheated on my mother, is not something I could forgive. I could not look at myself in the morning if I did that. I wouldn't be attracted to a man who would cheat on his wife."

Brad and Angelina dated for eight years before tying the knot in a top-secret ceremony in August 2014, surrounded by their six children. They played an onscreen couple for the second time in 2015's By the Sea, but announced their plans to divorce in September 2016.

Despite their, ahem, history, Jen and Angelina actually have a lot in common, especially where philanthropy and filmmaking is concerned: Angelina spent the majority of 2017 promoting her film First They Killed My Father, about child soldiers in Cambodia, and Jen, for her part, recently donated $500,000 to the Time's Up movement, which launched this week to help fight systemic sexual harassment in the workplace.