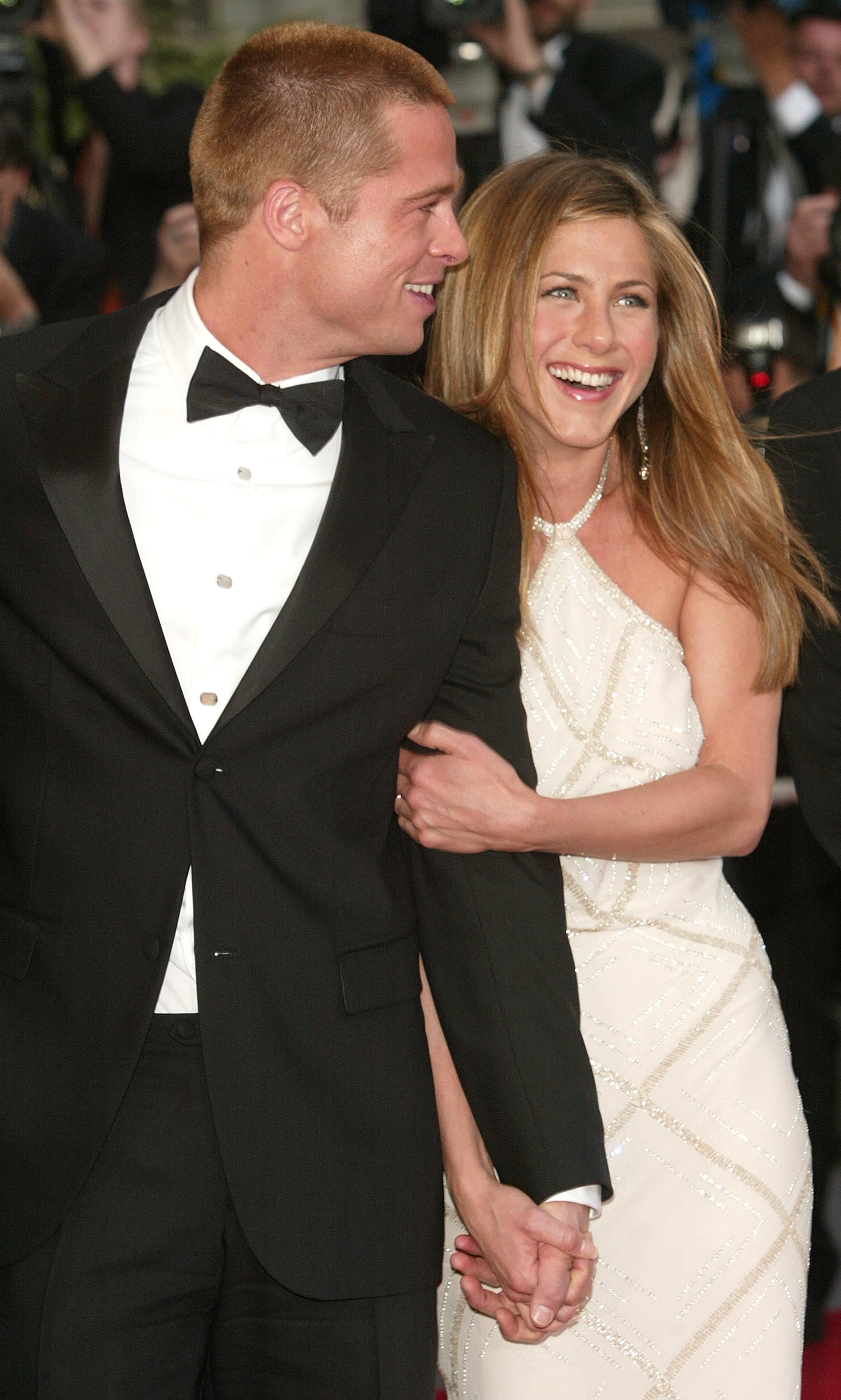 After news broke that Jennifer Aniston and Justin Theroux were separating, the conversation naturally turned to whether or not the actress would rekindle her relationship with ex-husband Brad Pitt. Prayer candles were lit; coins were tossed into fountains; hopeful memes were posted. Despite the wishes for a reunion, a source close to Jennifer told Us Weekly that fans shouldn't exactly hold their breath.

Just a day after it was a reported that Justin found "sweet" Post-it notes from Brad during their marriage, "Jen wouldn't consider being with Brad in a romantic way," the source said, adding, "But there is always a spot in her heart for him." A pal of Brad's also insisted that the actor, who split from wife Angelina Jolie in 2016, is "sad to hear about Jen's divorce" and "only wishes the best for her." He reportedly hasn't reached out to Jennifer since her announcement and "has no plans to do so at this point." Brad and Jennifer famously tied the knot in July 2000 and went their separate ways five years later. While Brad hasn't tried to contact Jennifer recently, it was reported that he "confided" in her amid his divorce from Angelina last year.