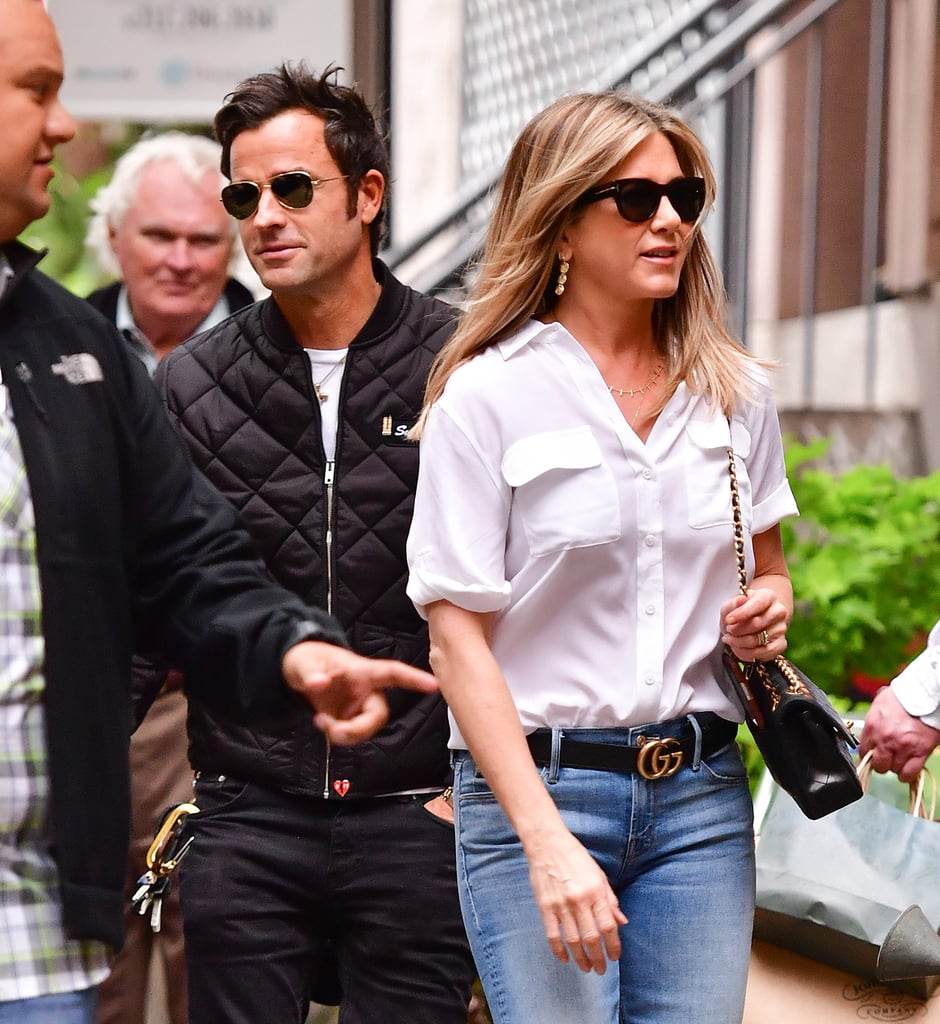 After having John Krasinski and Emily Blunt over at their NYC apartment to watch the presidential debate on Monday, Jennifer Aniston and Justin Theroux were seen making their way through the busy streets of Manhattan. On Wednesday, the couple, who recently celebrated their one-year wedding anniversary, kept things casual in sunglasses and jeans and appeared to be in a good mood as they exited a building.

Jennifer's outing comes just two days after Justin weighed in on Brad Pitt and Angelina Jolie's recent split. In an interview with Business Insider, the actor called it "terrible news" and said it was "nonsense" that his wife was being thrown into the middle of the drama. Jennifer's BFF, Courteney Cox, also came to her defense on Tuesday, telling ET she isn't happy with people dragging her friend into Brad and Angelina's split, adding, "It's not about her."