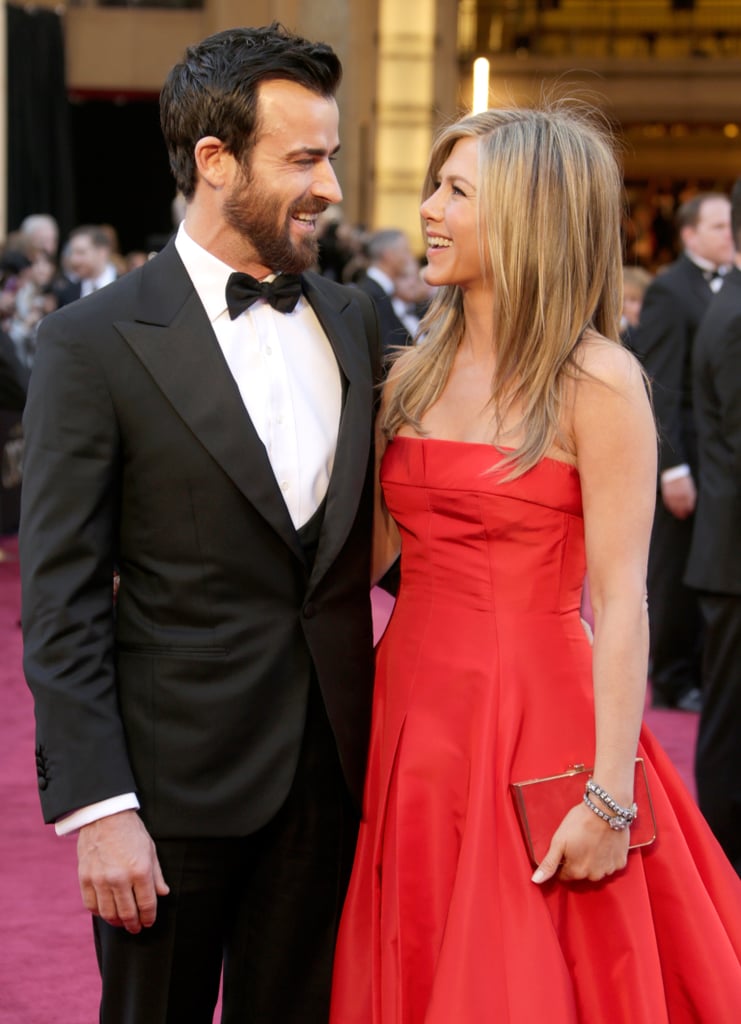 In addition to being one smoking-hot couple, Jennifer Aniston and Justin Theroux have an adorable habit of gushing about one other. After meeting on the set of Tropic Thunder and costarring in 2012's Wanderlust, they began dating and later tied the knot in August 2015. The lovebirds have had nothing but supercute things to say about each other ever since, so take a look at their sweetest quotes ahead.