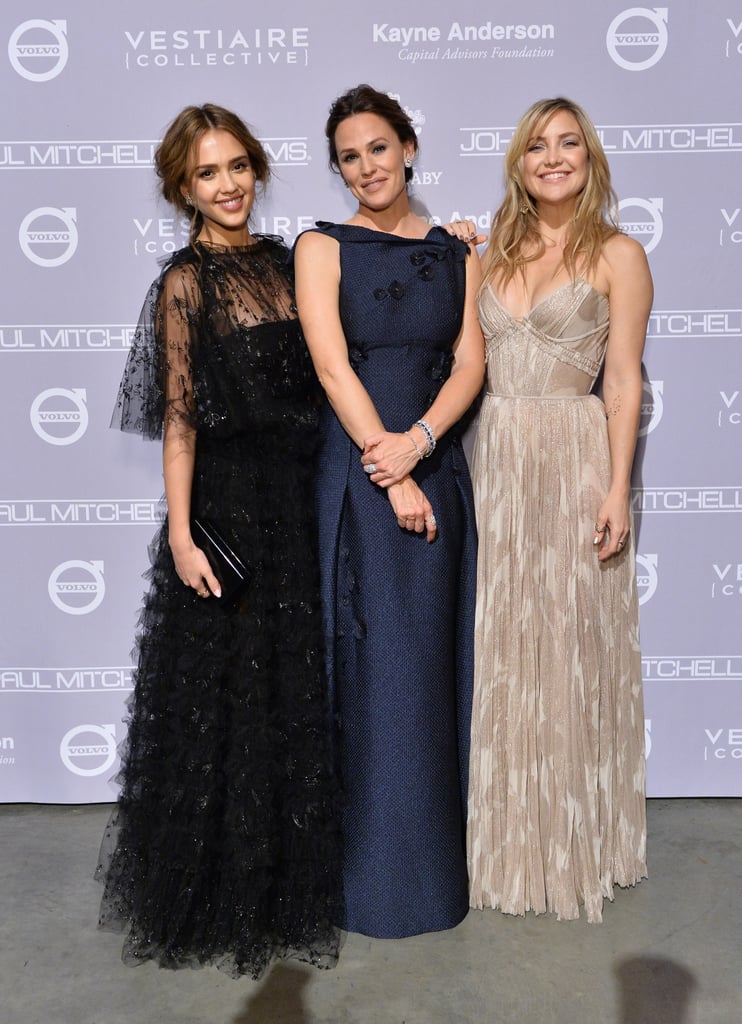 The fifth annual Baby2Baby Gala brought out a host of celebrity moms (including Jessica Alba, Kate Hudson, Rachel Bilson, and Kelly Rowland), as well as cute couples like Channing Tatum and Jenna Dewan, Kristen Bell and Dax Shepard, Matthew McConaughey and Camila Alves, and Miranda Kerr and her fiancé, Snapchat founder Evan Spiegel. Also on hand for the big event was mother of three Jennifer Garner, who was honored with the Giving Tree Award for her ongoing dedication to children in need and her longtime support of the LA-based nonprofit. Past winners include Kate Hudson, Drew Barrymore, and Kerry Washington. The actress looked to be having a ball as she posed for photos with Jessica and Kate as well Baby2Baby founders Kelly Sawyer and Norah Weinstein, as well as her Dallas Buyers Club costar Matthew McConaughey.

Jennifer hasn't been shying away from the spotlight since her headline-making split from Ben Affleck last year — she and Ben have both been vocal about their commitment to co-parenting their daughters, Violet and Seraphina, and son Samuel, and the estranged couple has been spotted out and about on multiple outings together since announcing their breakup. In just the past few months, we've seen Jennifer mingling with fellow celebrities at the CMA Awards, ALS Charity Walk, and a Tiffany & Co event, hitting the gym around LA, and showing off her supermom status by schlepping Seraphina's school project down the street.