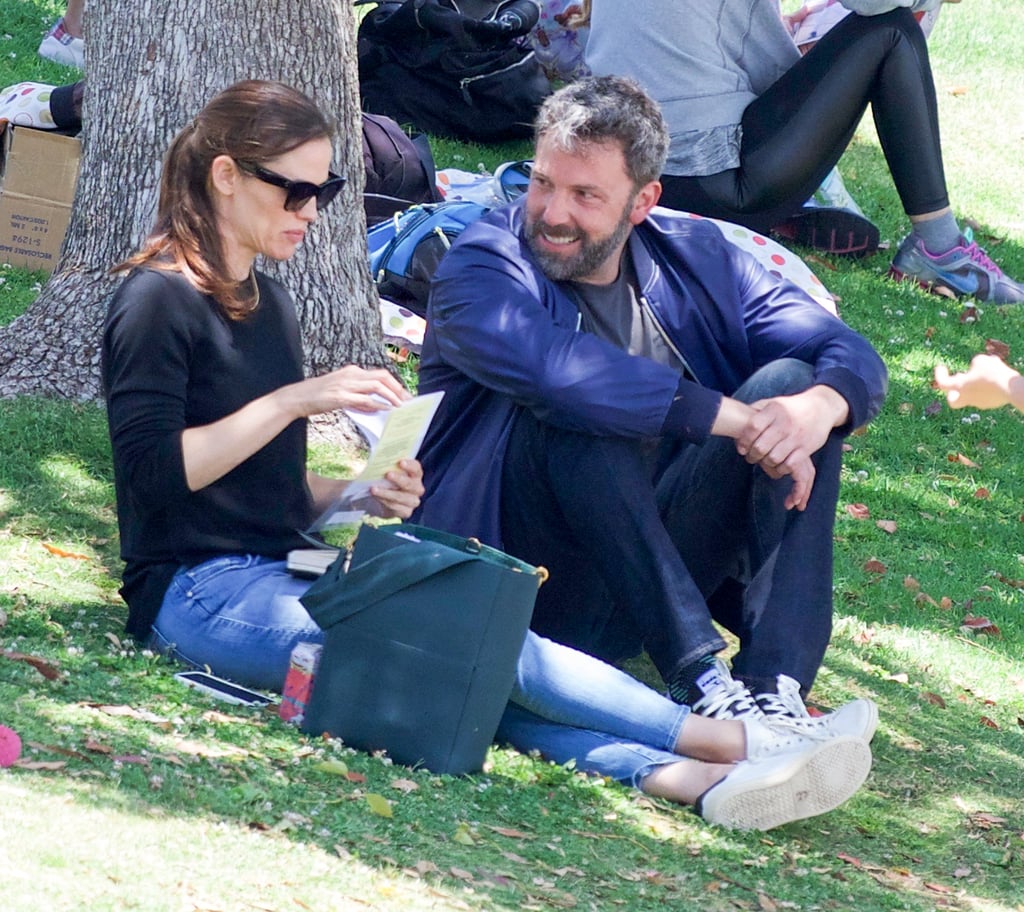 When Jennifer Garner and Ben Affleck announced their plans to divorce back in June 2015, they made it clear that they would remain friendly and committed to coparenting their three kids, Violet, Seraphina, and Samuel. Since then, they've been spotted on multiple outings together and opened up about their "modern family." On Saturday, the former couple were spotted at a park in LA, sitting together in the grass while their children played. Jen and Ben both seemed happy and relaxed, even letting out a few laughs as they hung out under a shady tree.

Ben recently finished filming the Netflix movie Triple Frontier with Charlie Hunnam, Garrett Hedlund, and Oscar Isaac in Hawaii. Back in March, he showed off his massive back tattoo on the beach and made time for some water sports with girlfriend Lindsay Shookus. Despite the potential awkwardness, Jen made sure that she and the kids were in Hawaii to spend Easter together with Ben. Coparenting at its finest.