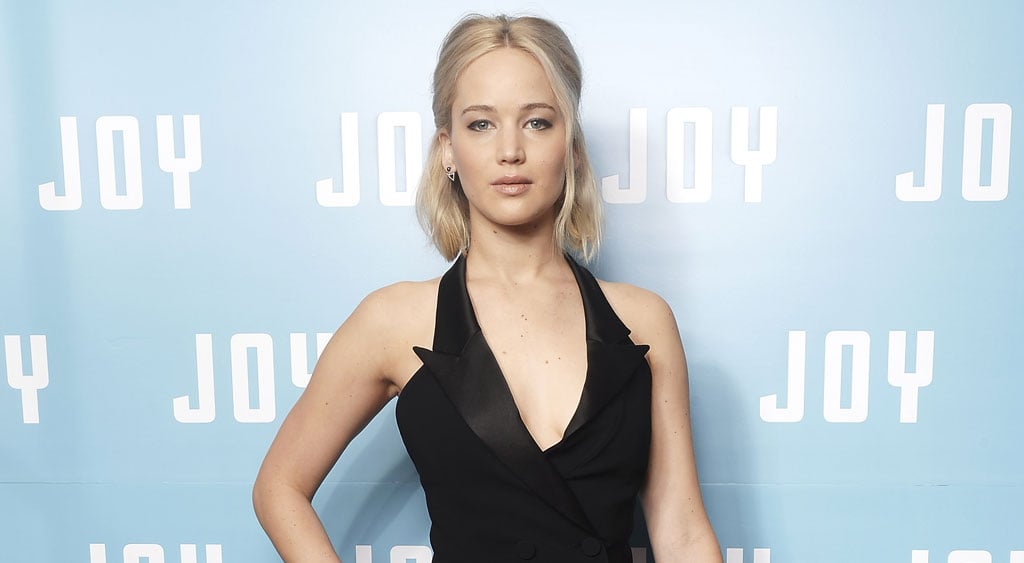 You'd think that since Jennifer Lawrence is one of the most famous and successful actresses in Hollywood, she'd already have a casual one billion New Year's Eve party invitations stacked up in her mailbox. But despite the glamorous hype, the Joy actress still isn't thrilled about the upcoming holiday. "I really hate it," Jen explained to Graham Norton during a pretaped appearance on his show along with fellow guest Eddie Redmayne. "I've never had a good one. Everyone's chasing a good time and it's always a disappointment. I plan on doing nothing and then if something lands in my lap . . . but I always end up drunk and disappointed. 'Drunk and Disappointed' should be the title of my memoir!"

Because no interview with the Golden Globe-nominated actress would be complete without some oversharing, Jen also revealed more about her infamous puking problem. "When I get stressed and exhausted I just vomit," she said. "I was driving with my publicist the other day and had to roll down the window and I puked all down the side of the car. It was in front of all the paparazzi — I painted New York! And I threw up at Madonna's party — on the porch!" Much to Jen's surprise, Eddie had a similar experience at the iconic singer's home, saying, "This is something I have never admitted to the world, but I puked at Madonna's party, too!"

Watch the episode when it airs at 10:45 p.m. on New Year's Eve on BBC One, then check out what Jennifer recently had to say about hooking up with Justin Bieber!